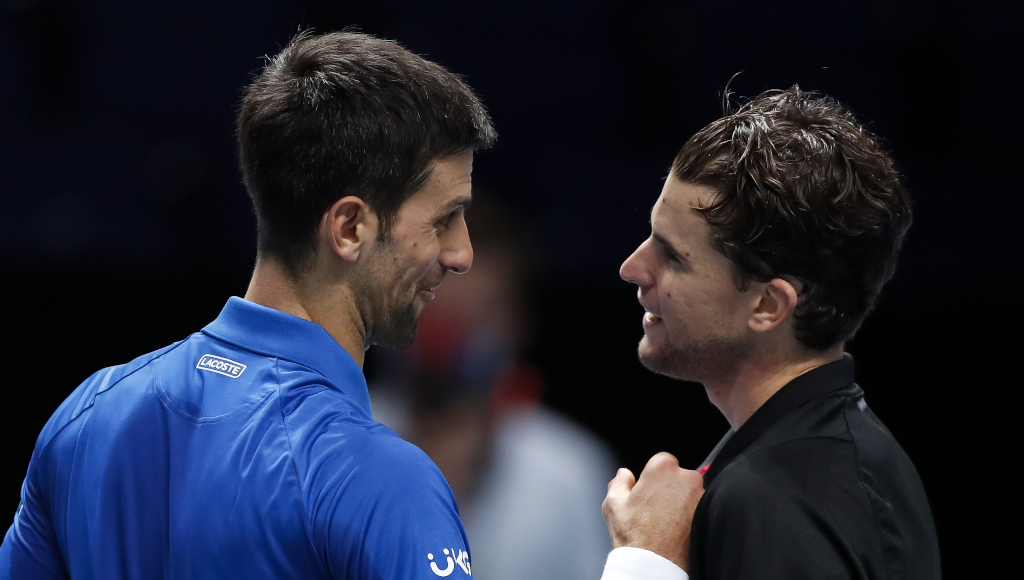 A one-man club became a two-man club on Saturday as Dominic Thiem became only the second player after Andy Murray to beat each member of the Big Three of Roger Federer, Rafael Nadal and Novak Djokovic at least five times.

US Open champion Thiem achieved the feat when he defeated world No 1 Djokovic in the semi-final of the ATP Finals to secure his fifth win against the Serbian.

Earlier in the week the Austrian claimed a sixth win over Nadal when he beat the French Open champion in the round-robin stage in London while he notched up his fifth win against Federer back in the 2019 ATP Finals.

Thank you so much @DjokerNole ! Such big honour to compete with you at the highest level 🎾 https://t.co/TTSe5cFMX6

Murray is the only other player to have beaten the Big Three at least five times with Stan Wawrinka coming close as he has six wins against Djokovic and against Federer and Nadal.

Asked about his milestone, Thiem replied: “That is super special to me. To beat the three best players of all time, five times each is something great for me.

“It’s a super nice statistic but as I said after the match with Rafa every single match against them is a huge privilege. It’s a huge opportunity to learn and of course if you beat these guys, it gives you a huge boost of confidence.”