Dominic Thiem pays tribute to Rafael Nadal, but vows to continue quest to dethrone him 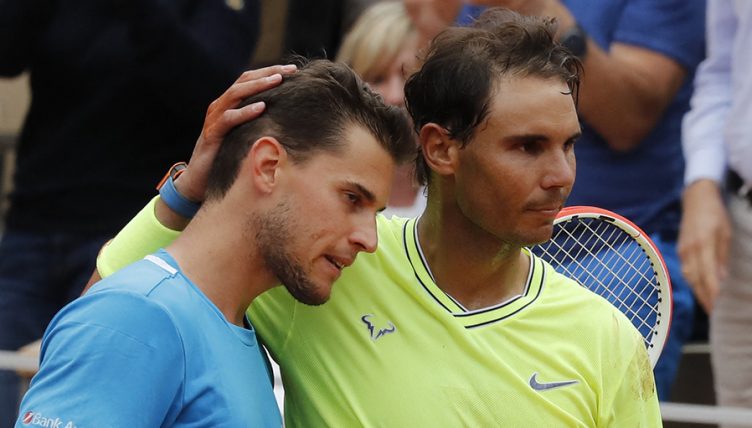 Dominic Thiem paid tribute to Rafael Nadal after losing the French Open final to him, but has warned the Spaniard he is not done trying to take his trophy.

The Austrian fell at the final hurdle for the second year running in his quest to break Nadal’s Roland Garrod dominance, but he couldn’t help but appreciate the sheer quality of his opponent.

“If you ask all men in professional tennis, I mean, almost everybody will tell you that he’s one of the best volleyers of our game. Because the last time he missed a volley was maybe seven years ago, I guess,” Thiem joked.

“It’s very tough. I mean, many – or all guys fail to do that in Roland Garros finals. The numbers are crazy. He won it 12 times.

“Twelve times the opponents in the finals failed to beat him. So also, me, I didn’t have the right choices or tactics today.”

Despite the disappointment, Thiem has vowed to continue his quest to win his first Grand Slam title, but insists he’ll be even better the next time he gets an opportunity.

“It would be amazing to get another chance next year, maybe against him or against anybody else,” the Austrian added.
“But I saw it again how tough it is to arrive to a Grand Slam finals.

“So first of all, I have to get there. If that time comes, I will think about how I’ll do even better next year.”