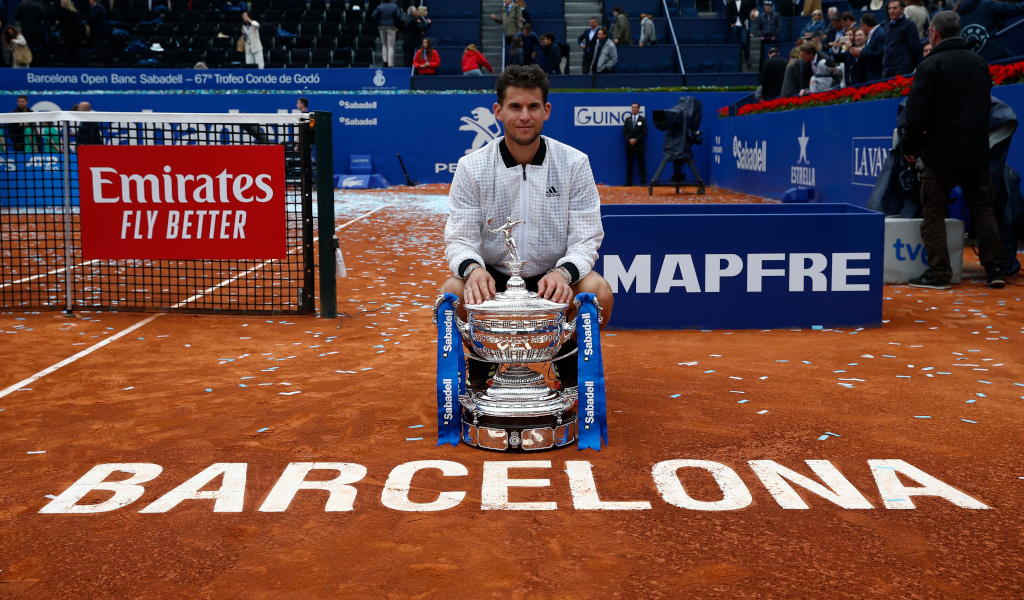 Dominic Thiem is living the dream in Barcelona! 🇪🇸

It was Medvedev who had the early advantage as he broke in game two to build a 3-0 lead, but it disappeared quickly and was all Thiem after that as the Austrian broke twice in the final six games of the set and then won the second set to love.

The Barcelona Open is Thiem’s second trophy of the season having also won the Indian Wells Masters in March while it is his ninth title on clay.

“To win this tournament is such an honour for me because it’s one of the best of the year,” he said. “I really love coming here (to Barcelona). Only the best players in the history of tennis have won here. Rafa 11 times and Thomas Muster twice, which is very special for me.”