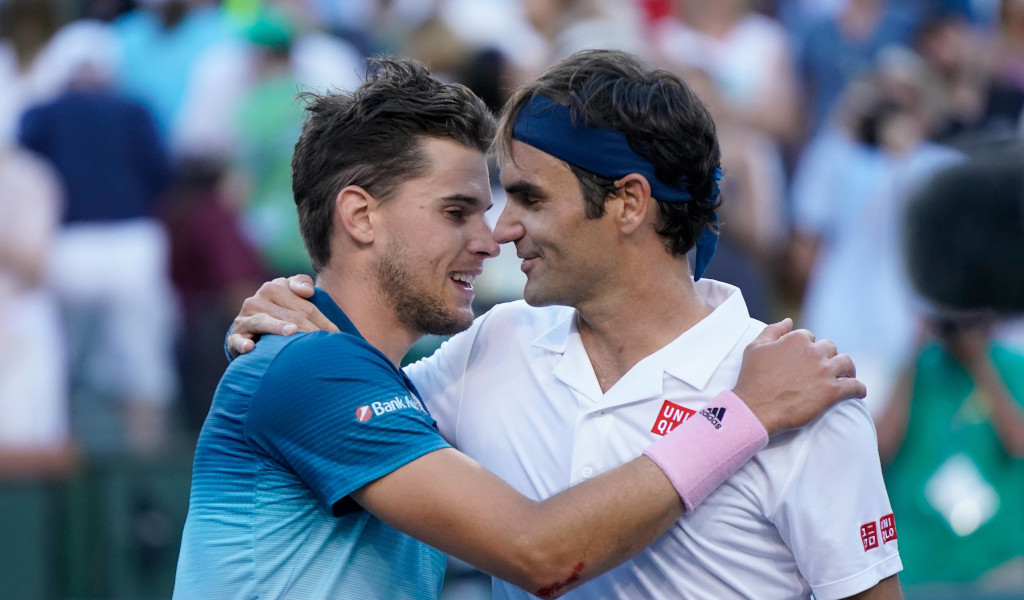 He still wants to get the better of Roger Federer whenever they meet on court, but Dominic Thiem admits it is great that the 20-time Grand Slam is returning to action so that he can “watch him again”.

After more than a year out following two knee operations, Federer will make his competitive return at the Qatar Open this week.

The Swiss icon is seeded second behind world No 4 Thiem which means the two can only meet in the final in Doha.

Austrian Thiem, who will face Australian Open semi-finalist Aslan Karatsev in his opener, is happy that the 39-year-old is about to return to action.

“We are rivals, and of course we want to beat each other in the tournament, [but] I still really love to watch him play tennis,” he said. “[He] looks so nice, the way he plays, the way he approaches the game of tennis.

“On the one hand, I’m also a big fan of his still, and that’s why I really love that he’s back and that I can watch him again. That’s what pretty much everybody is thinking, and I hope that he’s coming back strong, as well.”

Thiem has a tricky path in Doha as he could meet fifth-seeded Spaniard Roberto Bautista Agut in the quarter-final and the in-form Andrey Rublev in the semi-final.

“The draw is unbelievably strong, so [you] never know what’s [going to] happen, but I just try to have a good start and to be there on a good level from the very first point,” the reigning US Open winner said.

“It’s going to be my first tournament and [my] first match [in almost] a month, since [a] pretty devastating loss at the Australian Open… I needed some time to digest everything, to analyse everything [and] to settle down a little bit.

“Now it’s time to focus on new things. The tournament in Doha is the first chance to play better again, to get good results, to get confidence and to forget [a] pretty tough start of the season.”