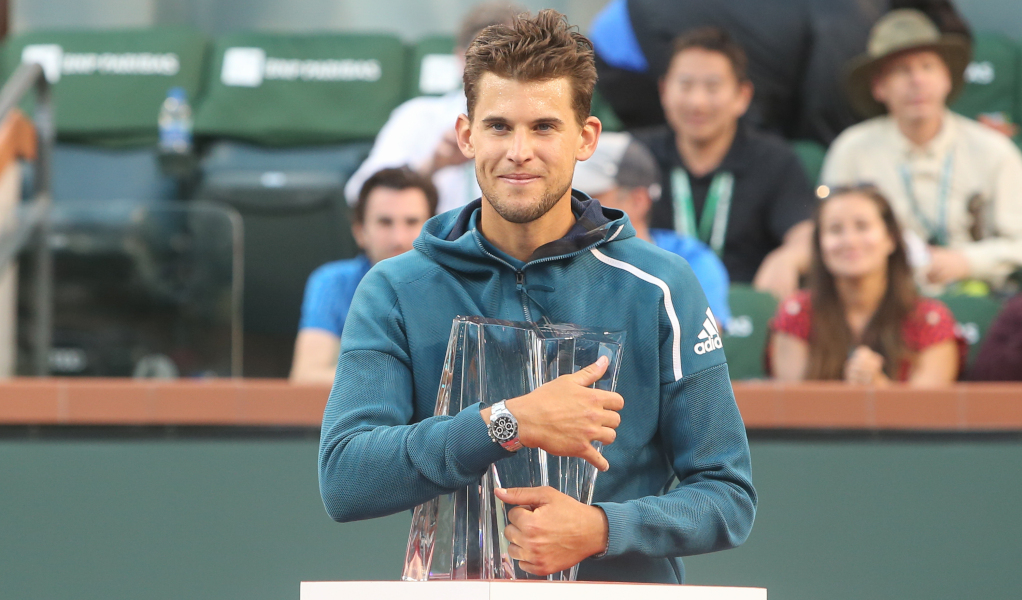 Dominic Thiem can call himself an ATP Masters 1000 title holder after producing a come-from-behind win over Roger Federer in the BNP Paribas Open final.

Federer, who was looking for a record sixth title in Indian Wells, raced into a 3-0 lead in the opening set, but Thiem broke back in game seven only to lose his serve again in the next game with the Swiss great going on to serve it out.

A single break in game four of the second set helped the Austrian to get back on level terms while a break in the penultimate game of the decider set up the victory.

“It feels just unreal what happened in this 10 days,” Thiem, who lost his two previous Masters finals in Madrid, said. “I came from a really bad form in all categories, and now I’m the champion of Indian Wells.

“It feels not real at all.”

He told Federer during the acceptance speech: “I think it’s not my right to congratulate you, you have 88 more titles than me.

“It’s tough against Roger, Rafa (Nadal), Novak (Djokovic). Because you have to beat not only the player but somehow also the great aura they all have, all these titles they have won.

“So you have to play somehow double-good to beat them.”