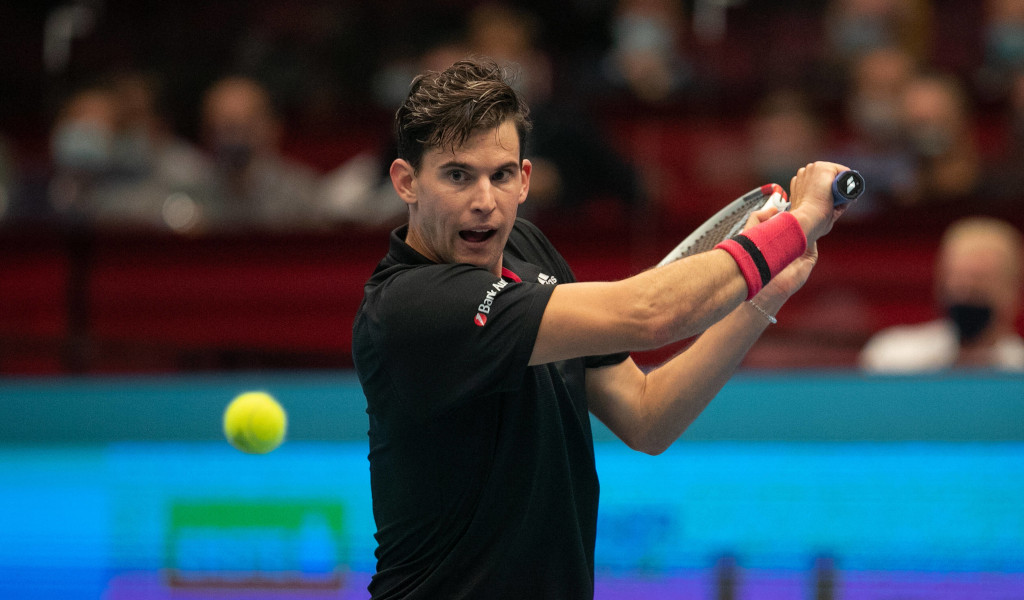 It was far from easy, but Dominic Thiem still managed to delight his home fans with a straight-set win over Vitaliy Sachko in the first round of the Vienna Open.

US Open winner Thiem was originally due to face Kei Nishikori, but a late schedule change meant he had to face Sachko and he managed to secure a 6-4, 7-5 victory.

A STUNNER to finish 🔥

After racing into a 5-1 lead in the opening set, the Austrian lost three games in row before a third break earned him the first set. The second set was also far from straightforward as the world No 529 broke in the opening game, but then Thiem broke twice to take a 4-2 lead.

However, Sachko was back on serve in game seven before Thiem got the decisive match-winning break in game 12.

“The match was not easy at all. I heard pretty late last night that I was not going to play Kei [Nishikori] and that I was going to play Vitaliy,” Thiem said. “Of course, the past days I was practising towards Kei, preparing for Kei. I know him, we already had five matches. Suddenly, [I was] playing against an opponent who already had two good matches in qualifying, who maybe I only saw for two minutes on TV.”

He added: “I wanted to present myself well in front of the home crowd and to find the right match intensity. The high match intensity was not easy and he was playing well, especially from the moment I was 5-1 up in the first set.

“From that moment on, I thought it was a pretty close and decent match. I am very happy with how I closed it out and how I found a pretty good intensity towards the end of the match.”

The world No 3 will face Cristian Garin for a place in the quarter-final after the Chilean beat three-time Grand Slam winner Stan Wawrinka 6-4, 6-7 (9-11), 6-3.