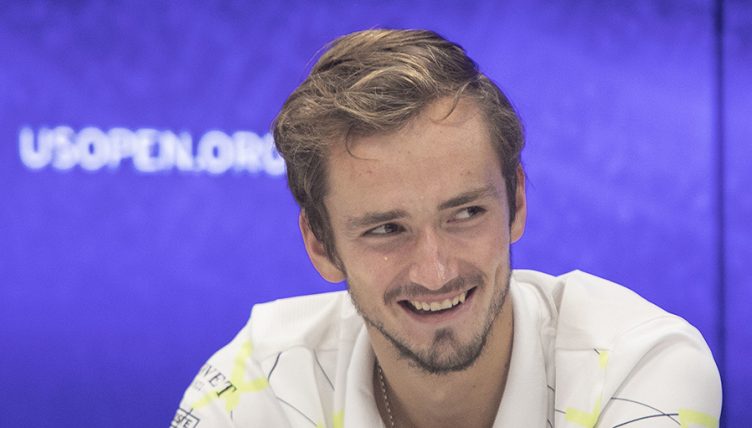 Daniil Medvedev has told people to forget about calling him ‘invincible’ despite him continuing his brilliant form of 2019 in his Shanghai Opener.

Medvedev beat Cameron Norrie in Shanghai 6-3, 6-1 in just 55 minutes as he asserted his dominance.

It follows a remarkable summer for the Russian, who won his first Masters level title in Cincinnati, reached his first Grand Slam final at the US Open, and climbed to a career-high number four in the world.

He, though, is determined to not get carried away.

“I don’t feel invincible, because I still lost some matches,” Medvedev told atptour.com.

“If I would have won, let’s say, five tournaments in USA that I played, then I would tell you, ‘Yeah, maybe I am.’

“I’m trying my best to keep the form I have. It’s really not easy, because as soon as you relax a little bit, the results will start to fall.

“That’s why I’m trying not to relax. I’m practising as hard as I can and playing my best in the tournaments also.”

Medvedev’s win over Norrie was his 55th on the ATP Tour this year, which is seven more than his closest rival.

“It was a great match,” Medvedev said. “As I say, it’s never easy to play a qualifier.

“[It] was my first match here in Shanghai after few weeks without a tournament finally, so I was a little bit even stressed about my level, but finally I managed to show a really good level, get out from there in less than one hour.

“[I am] really happy and looking forward.”