Dubai Tennis Championships news: Andrey Rublev through to another semi-final 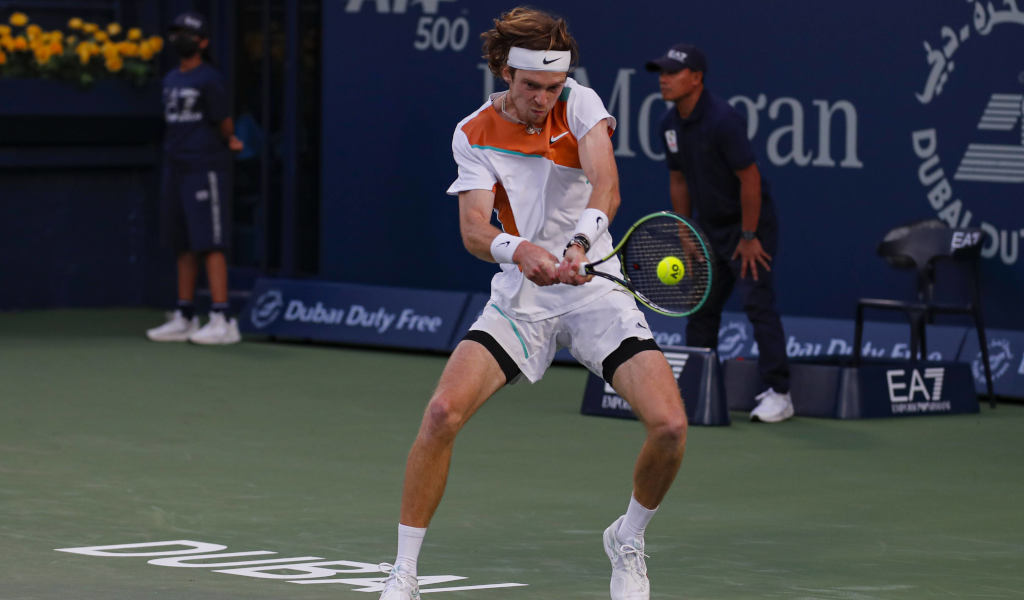 Rublev has been in strong form in recent weeks. He advancied to the semi-finals in Rotterdam, before lifting his first tour-level title since March 2021 in Marseille.

Back in the semi-finals 🙌@AndreyRublev97 recovers from an early scare to defeat McDonald 2-6 6-3 6-1 and move into the #DDFTennis last 4! pic.twitter.com/cISV1xvgaz

In front of a capacity crowd on centre court in Dubai, McDonald started with his foot firmly on the pedal, playing aggressively to force Rublev into errors.

The 24-year-old showed his spirit though, finding greater depth and consistency as he broke in the fifth game in the second to snatch the impetus, eventually triumphing after one hour and 45 minutes.

“I just tried to keep fighting to see what would happen,” Rublev said in his on-court interview. “At 2-2 I managed to break him and then I started to play better and I changed the match. It is a great result and I am looking forward to seeing what happens tomorrow. I am super happy, the most important thing is to keep improving.”

Rublev will go on to face the winner of the match between Hubert Hurkacz and Jannik Sinner which followed his contest on centre court.

He is now 1-1 against McDonald taking back a loss to the American at the Australian Open in 2019.

The Russian has attempted to distance himself from his nation’s politics and the ongoing crisis in the Ukraine.

“You know, we are normal people. We don’t do politics. We’re doing sports,” Rublev stressed earlier this week.

“Sport is an activity that brings people together, even if they are each cheering on their team or their player. Simple. Peace to all.”