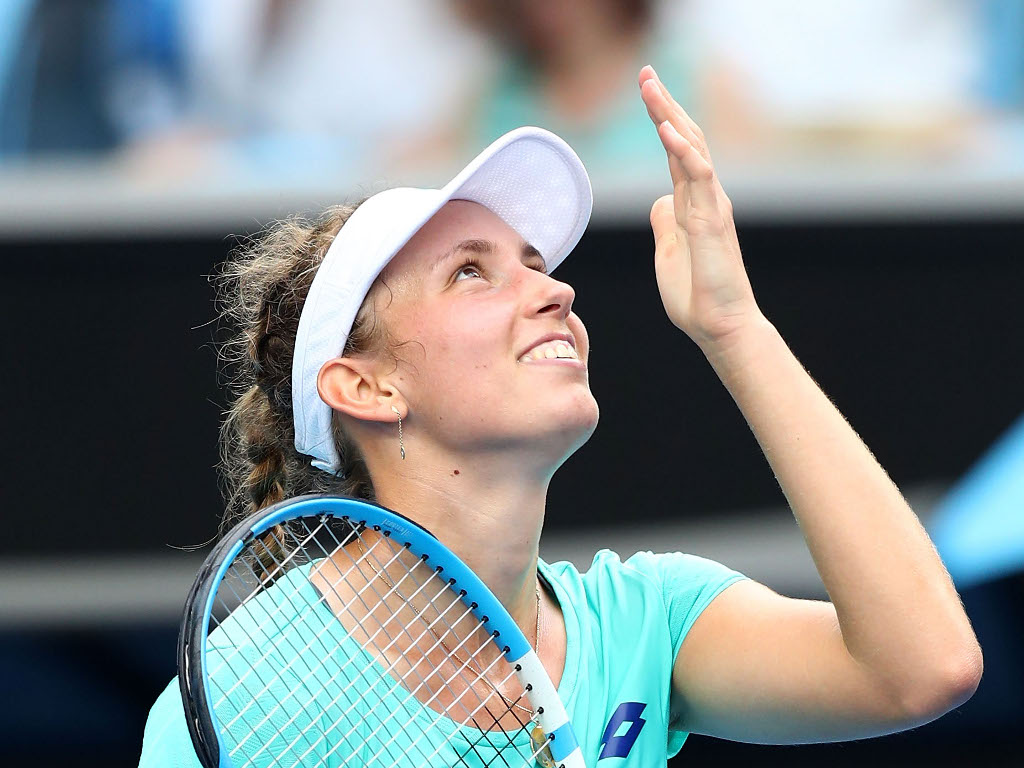 Elise Mertens and Kiki Bertens secured contrasting wins at the Libema Open while on the men’s side Bernard Tomic also made a winning start.

Second seed Mertens broke twice in both sets to beat Poland’s Polona Hercog 6-2, 6-4 and set up a second-round encounter with Antonia Lottner after the German claimed a 6-2, 3-6, 6-2 win over Anna Blinkova.

Third seed Bertens had a more difficult afternoon as she was taken to three sets by Natalia Vikhlyantseva before running out a 5-7, 6-3, 7-6 (7-5) winner.

Belinda Bencic also advanced as she secured a 6-2, 6-4 win over Tereza Martincova, but the fourth-seeded Kontaveit crashed out as she was beaten by 6-4, 7-6 (7-4) by qualifier Veronika Kudermetova.

In the men’s draw, Tomic secured his first ATP Tour win since October 2017 as he beat Kevin King 6-4, 6-2 in one hour and 23 minutes to set up a second-round clash with Robin Haase.

“It feels great to be back on grass, I’ve been waiting for this season for a very long time,” the 19-year-old said. “I have had some good memories in the past, winning [Junior] Wimbledon doubles and I am grateful that I had the opportunity to perform today in [front of] such a big crowd on Centre Court and play my best in the second and third sets.”

Eighth seed Andreas Seppi was the biggest casualty as he was beaten 6-4, 6-2 by American wild card Mackenzie McDonald.