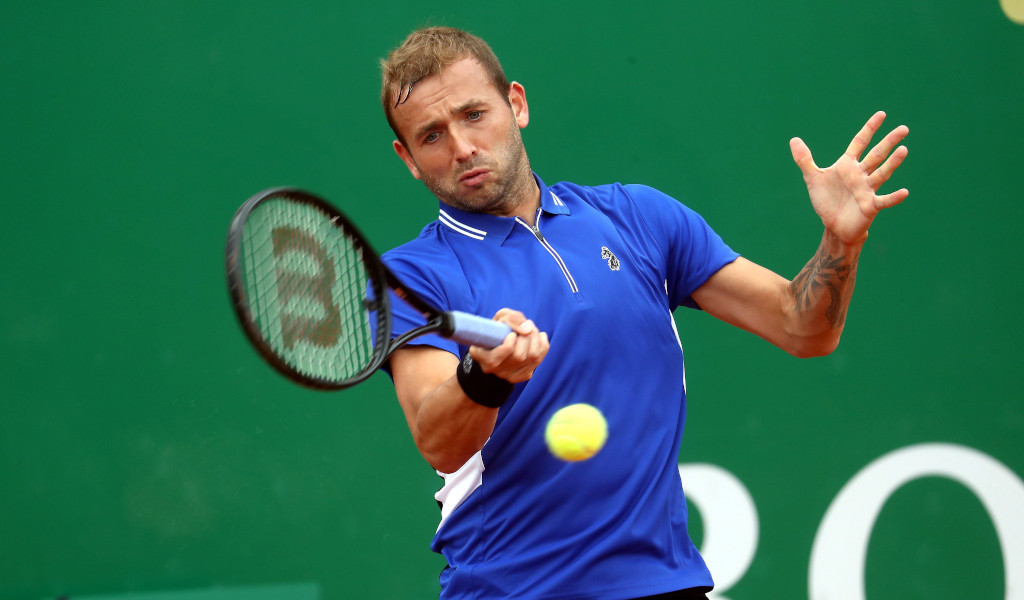 Dan Evans revealed what he viewed as pre-match delaying tactics from Novak Djokovic helped to fire him up before he produced the performance of his life to beat the world No.1 at the Monte Carlo Masters.

British No.1 Evans stunned the 18-time Grand Slam champion with a 6-4, 7-5 win on the red clay, with the comprehensive nature of his victory adding to the satisfaction for a player who is peaking in his career as he approaches his 31st birthday this month.

Evans became on the second British player after Andy Murray to beat a world No.1 on clay with what is undoubtedly the best win of his career and he told Amazon Prime that Djokovic’s pre-match antics played a role in allowing him to block out any apprehension and implement a game plan that allowed him to break down the Serb’s mighty backhand.

“He kept me waiting at the start of the match the changing room and that was a little annoying, so that got me a little extra fired up,” revealed Evans, who is through to a Masters 1000 quarter-final for the first time in his career.

“My game plan was to try and bring him forward a little bit and try to get him hitting the ball lower in the court. I thought I did a good job of doing that.

“You have to believe you can win. I can walk on saying I believe, but you have to go out there and prove it.

“This is why we get the balls out. It’s one against one and we all have a chance. I’m just really happy to come through. It’s a nice one to tell the kids and the grandkids that you beat the world No.1. Nice one.”

This performance was a masterclass of everything that is great about Evans, a player who has maximised his talents to the full in recent years to reach heights in the game few imagined possible in his early years.

With his backhand slice disrupting Djokovic’s rhythm and well-disguised drop shots putting the Serb on the back foot, Evans gave the reigning Australian Open more problems than most opponents on the tour have managed in recent years and he conceded as much in his post-match interview.

Dan Evans reflects the significance of his win over Djokovic…#RolexMCMasters pic.twitter.com/TBGxDoAhDi

“He is a nice player to watch, not so nice to play against,” said Djokovic. “Clay wasn’t his surface growing up but the way he plays on clay, I think he plays in a similar quality level to what he plays on his best surfaces. He’s a very good player, no doubt about it.

“It was just an awful performance. I can’t take any positives away from this match. It definitely leaves a bitter feeling exiting the court this way.”

In truth, Djokovic’s disenchantment at his own performance was as much down to the masterful tactics Evans used to break him down as it was a poor day from the top seed who was beaten for the first time in 2021.

David Goffin now awaits Evans in the next round, but it’s safe to assume plenty of players on the ATP Tour will have looked in on this Djokovic collapse with a keen interest.

Hitting Djokovic off the court from the baseline is a plan that has rarely worked for players outside of the top five in the ATP rankings, but Evans’ slice and drop shot plan was a tactic that threw him off the rails to a point that he threw the towel in the final game.