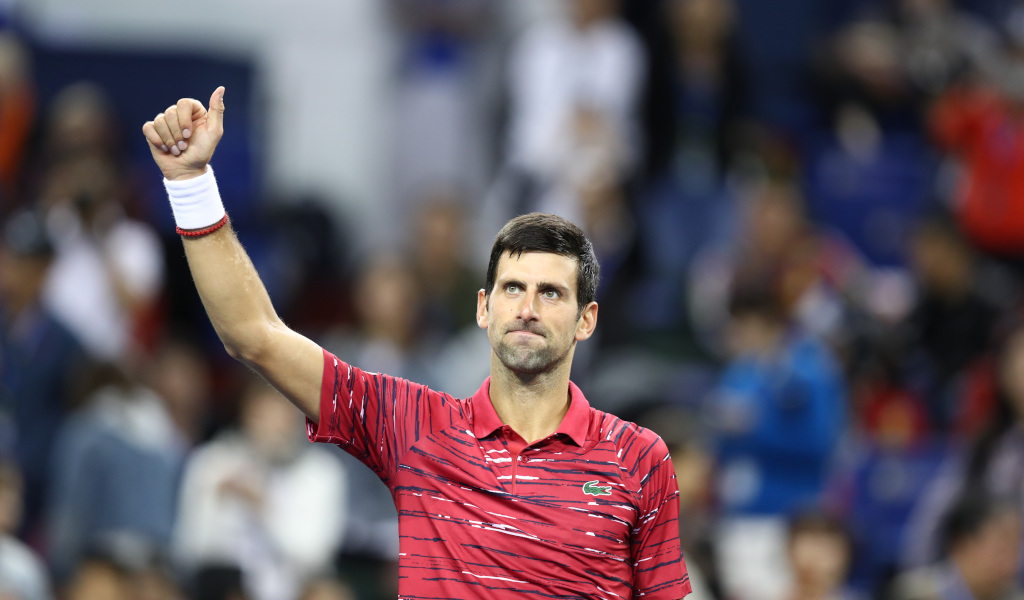 Defending champion Novak Djokovic made another excellent start to a tournament as he brushed aside Denis Shapovalov in his opening match at the Shanghai Masters.

Fresh from winning the Japan Open at the first time of asking, Djokovic carried that form over to Wednesday as he beat the NextGen star 6-3, 6-3.

Picking up where he left off ☝️

Defending champ @DjokerNole opens his 2019 #RolexSHMasters campaign with a 6-3 6-3 win over Shapovalov. pic.twitter.com/tim7yjLccj

As per usual, the world No 1 was solid on serve as Shapovalov could only fashion one break point, which was saved.

Djokovic, on the other hand, broke in game eight of the first set and in games five and nine of the second set.

“It’s nice to be back. And also, it feels very good to play as well as I did today,” he told the official ATP Tour website. “I knew that Denis is very dangerous player. If he has time, if he’s feeling the ball well, it can be a tough match.

“He was serving really well, high percentage also first serves, and just really difficult to return in the first set, so it took me a little bit of time to really adjust, start reading his serve a little bit better.

“But I thought I served really well. I used angles. I was very solid from back of the court. I had no problems with the shoulder pain… So no concerns there. Everything is feeling and looking good.”

Next up for the 16-time Grand Slam winner is John Isner after the 16th seeded American beat Lucas Pouille from France 7-5, 6-3.

Roland Garros runner-up Dominic Thiem also advanced as the fourth seed held off Pablo Carreno Busta 7-6 (7-3), 6-3 with Nikoloz Basilashvili awaiting him in the third round.

In the clash of the future stars, it was the sixth-seeded Stefanos Tsitsipas who emerged on top as he beat teenager Felix Auger-Aliassime 7-6 (7-3), 7-6 (7-3).

It was Greek Tsitsipas’ first-ever win over the Canadian.

“I knew it’s going to be tough, and it was very tough,” the world No 7 said. “I think, mostly, the concentration that I have put and the work that I have put into that match, I still felt like I had to put a lot in order to get that outcome at the end.”

He will face Russia’s Andrey Rublev for a place in the quarter-final.