EXCLUSIVE: ‘I haven’t seen a player who does it better than Andy Murray, and that’s why he has overachieved’

Former US Open finalist Todd Martin has hailed Andy Murray as one of the game’s great over-achievers, as he saluted the Scot’s tennis brain and will to win that has carried him to great success during the sport’s golden era.

While Roger Federer, Rafael Nadal and Novak Djokovic are the undisputed icons of the modern game, Murray has enjoyed glorious success by winning Wimbledon on two occasions, as well as adding US Open glory and two Olympic Gold medals to his collection of achievements.

Martin, who is chief executive of the Tennis Hall of Fame, believes Murray is destined to be inducted into his elite club sooner rather than later, as he suggested the 32-year-old has drained every ounce from his game against some of the best players of all-time.

“There are a lot of areas Andy has overachieved with,” Martin told Tennis365 in an exclusive interview. “I think he’s at a different level to Roger, Rafa and Novak, but one thing is for certain that his heart and his mind are always in the game.

“The thing I recognised early on with Andy, and I would say this across the board for the modern player, is I haven’t seen a player who feels the game better than he does.

“Even from an early stage in his career his ability to junk slice the ball around, not having a great forehand, looping the ball quite a lot, he doesn’t server as well as he could, but he has a tremendous sense how to play the game.

“I think there are four male players right now who will make very compelling cases to be in the Hall of Fame. Andy is really going to enjoy coming to Newport Rhode Island in the future.”

Martin believes Murray’s achievements are all the more impressive as he has had to deal with huge pressure from the British media, who were desperate to see a homegrown winner at Wimbledon after decades without success. 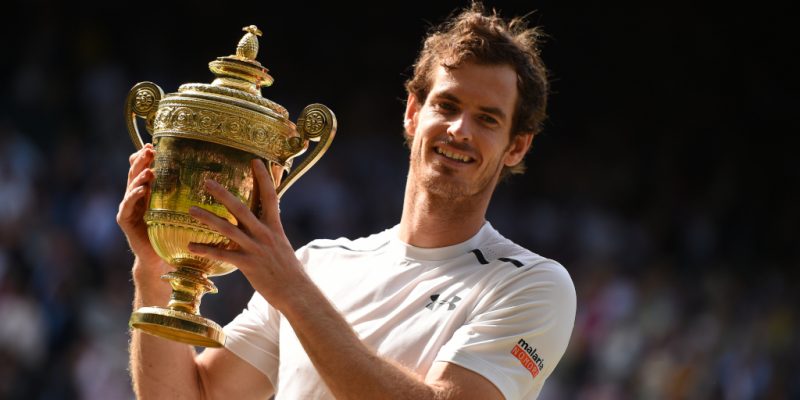 “To do what he has done amidst the competition he had and amidst the (pressure from) British press, this is success above quite a significant level,” added Martin.

“I can’t imagine it. I was the fifth-best player in America and I was like a ghost. No one knew what I was doing. That was easier, but for Andy and Tim Henman before him, it must have been tough.

“Tim Henman and I are great friends. I played Tim during his first really significant run at Wimbledon in 1996 (quarter-finals) and just so he knows, I beat him! But I told him when we saw each other at the net that he had handled all this nonsense so incredibly well.

“He was 18 or 19 years old and he set an example of how to cope with that and Andy has followed it and outdone it.”