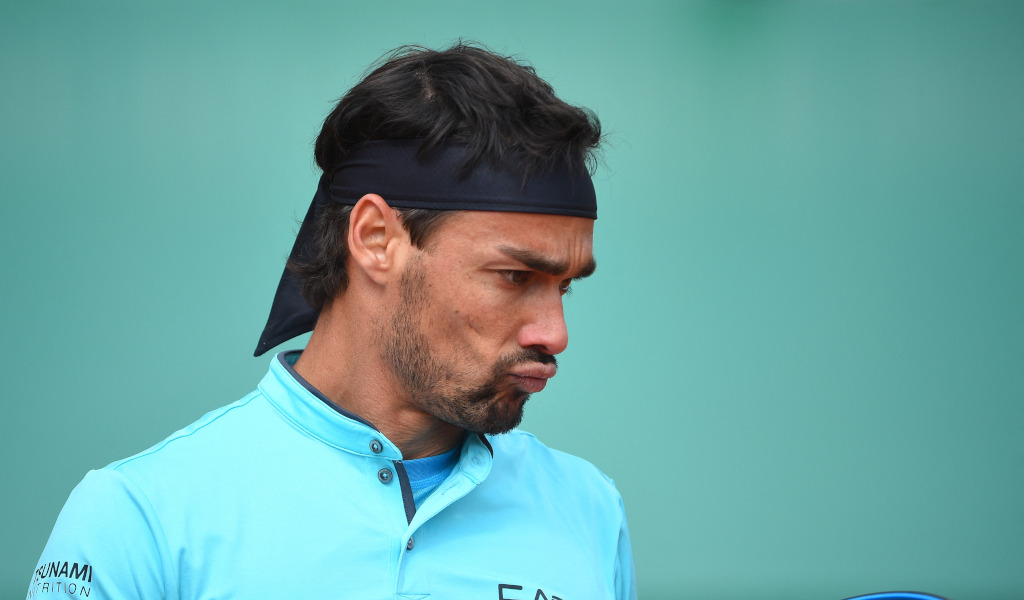 Fabio Fognini admits he was left scratching his head over his disqualification from the Barcelona Open, saying “I paid for something I didn’t do”.

The Italian’s second-round clash against Bernabe Zapata Miralles came to an abrupt end on Wednesday as he was kicked out of the ATP 500 event for unsportsmanlike conduct.

Down 0-6, 4-4, the world No 27 was upset over a line call and is alleged to have verbally abused a line judge, leading to the chair umpire defaulting him.

He continued to argue with the officials and when he eventually stormed off the court he smashed his racket at the net while shouting “I didn’t tell him anything”.

And he continued to protest his innocence after the match.

“I’m really surprised with the ATP, especially the chair umpire and the supervisor, because I was here to play tennis, I was here to fight in the match, and even if I was losing, doesn’t matter,” he is quoted as saying by Tennis Majors.

“But what they did to me today was something inexplicable, so I’m going to investigate it, but nothing more today, I paid for something that I didn’t do, that’s the first and clear thing that everybody has to know.”

World No 147 Zapata Miralles told the media afterwards that he didn’t see or hear anything.