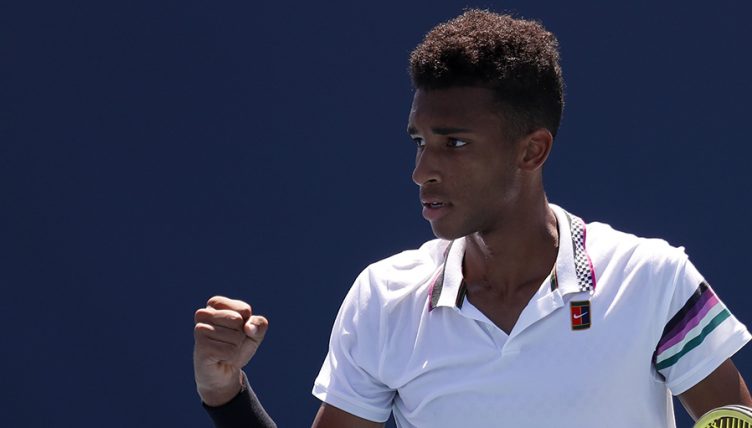 Felix Auger-Aliassime admits that praise from Rafael Nadal has left him buzzing as he attempts to make further in-roads into the ATP rankings this year.

The teenager is on the brink of cracking the top 40 after a super start to 2019, with his run to the Miami Open semi-finals particularly impressive.

That has seen Auger-Aliassime become a talking point in tennis, with both Greg Rusedski and Roger Federer comparing him to Nadal.

However, it was praise from the man himself that has really made his ears pick up.

“That’s a good sign, of course, if he’s talking good about me it’s great,” said Auger-Aliassime before his Monte-Carlo defeat to Alexander Zverev..

“To start with, that he knows me, that he talks about me, it’s just amazing.

“I used to watch him playing on TV, and the distance between he and me was so huge that it was just impossible to be able to play or to be around him at a certain point.

“So this is really amazing. But then I have to work hard, to keep on working hard, as I suppose he did when he was my age.

“But then he worked hard. He won titles. Now it’s up to me to keep on working.”