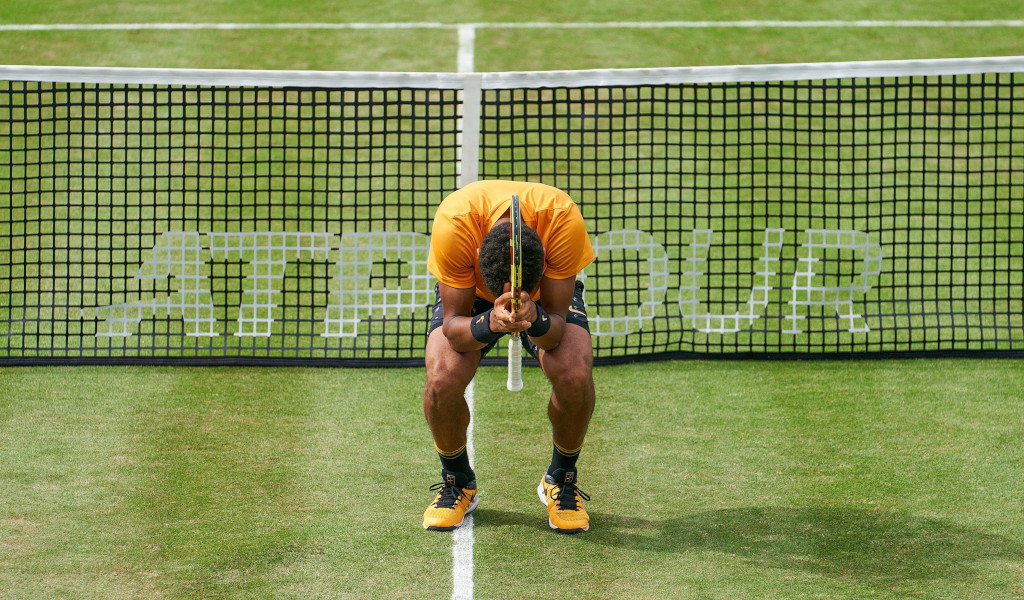 Qualifier Dustin Brown’s dream run at the MercedesCup has come to an end as he lost in three tight sets against Felix Auger-Aliassime.

German Brown secured his first ATP Tour-level win of the year in the opening round in Stuttgart when he beat John Millman and then followed it up with a stunning upset of top seed Alexander Zverev.

Brown found himself serving for the match at 5-4 and eked out a match point after saving two break points, but his volley went wide and the Canadian ultimately ended up winning the game and the match.

Next up for Auger-Aliassime is fellow Canadian Milos Raonic, who defeated Hungarian Marton Fucsovics 6-4, 6-4.

The other semi-final will be between unseeded pair Matteo Berrettini and Jan-Lennard Struff after they both came through two-setters.

Italian Berrettini was too good for American Denis Kudla as he secured a 6-3, 6-3 win while German Struff beat French wildcard Lucas Pouille 6-4, 6-4.