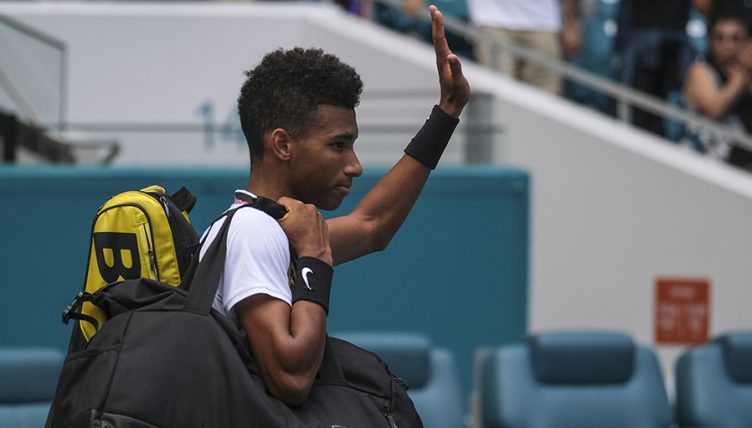 Felix Auger-Aliassime’s amazing Miami Open is over after defending champion John Isner ended his charge in the semi-finals.

Even more frustratingly for Auger-Aliassime, he had the chance to serve for both sets, bit was broken each time.

“I think I did the best that I could,” Auger-Aliassime said.

“I probably did the best of all the players that played him this week. I just couldn’t serve from my part.

“It’s a chance you can’t miss, serving two times for the set, and just — I don’t know. It’s just terrible.

“It’s like I caught a virus or something. I don’t know.

“I couldn’t put a second serve (in) any more. Even the first serve, I mean, if you put it in, you don’t have to hit the second serve. Yeah, that’s just very tough to swallow.

“Now I’m going home for some rest. Then I will start training for the clay season.

“I want to play well for the rest of the year, but again, just focus on the daily work. We’ll see what I can do.”