Five questions ahead of 2018 ATP season 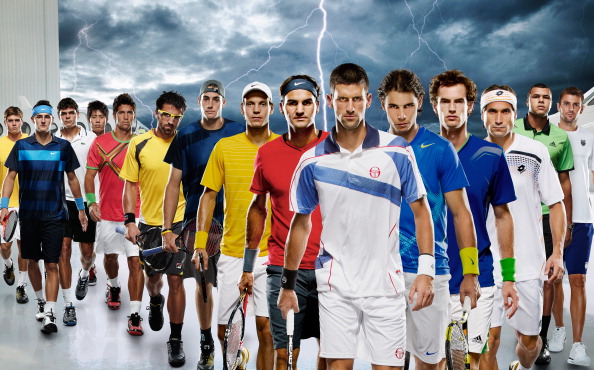 Rafael Nadal and Roger Federer rolled back the years in 2017, but the young guns also proved they are ready to take over at the top.

Tennis365 looks at some questions before 2018 gets underway.

1. Can Nadal and Federer do it again?
We were spoilt in 2017 as both Rafael Nadal and Roger Federer enjoyed a renaissance to finish the year at No 1 and No 2 respectively. Not only did they produce a classic Australian Open final with Federer coming out tops in five sets, but they finished with two Grand Slams apiece.

However, by the end of the year Nadal’s injury woes struck again as he was forced to pull out of the ATP Finals after just one match due to a knee problem. Federer, meanwhile, skipped the clay-court season in an attempt to prolong his career.

Federer turns 37 in August while Nadal will be 32 in June and it will be a tough ask for them to repeat their heroics of 2017, but if anyone can pull it off then it is the Swiss Maestro and the King of Clay.

Novak Djokovic and Andy Murray will be hoping that they will also reap the rewards after taking time off in 2018.

The two will be first to admit that they didn’t live up to their usual high standards in 2017, but they also struggled with fitness throughout the campaign. They missed the US Open and called an early end to their 2017 campaigns.

They should be refreshed when the new season gets underway and in a dream scenario, for the two of them at least, they will again challenge for Grand Slams.

However, the usual suspects of Nadal, Federer and Stan Wawrinka won’t be the only ones standing in their way of winning majors as the “next generation” are starting to ask more and more questions.

3. Will Dimitrov, Zverev and the rest finally challenge the Big Four in Grand Slams?
Speaking of the “next generation”, there were signs at the backend of 2017 that they are now ready to regularly go toe-to-toe with the big guns. We all know that Federer, Nadal, Djokovic and Murray have dominated the Grand Slams in the last 10 years with Stan Wawrinka, Juan Martin del Potro and Marin Cilic the only other current players to win majors during this period.

Grigor Dimitrov, Alexander Zverev, David Goffin and Dominic Thiem all claimed some big scalps last season and the Big Four know they are lurking and ready to pounce.

However, it is one thing to claim the odd victory over Messrs Federer, Nadal, Djokovic and Murray, but a completely different story when it comes to breaking their Grand Slam dominance.

4. Can Nick Kyrgios get his act together?
Nick Kyrgios will start 2018 as the world No 21, but he will be more than happy to hold up his hand and admit he is probably lucky to still be in the world top 30 after a dreadful 2017 season.

Having won three titles in 2016, the Australian failed to win any trophies last year and reached only two finals (Cincinnati Masters and China Open) while he also failed to make it past the second round of the four Grand Slams.

Every man and his dog know that Kyrgios “does not love tennis”, but his talents are also clear to see and you just hope that he will finally start to fulfil his potential.

He is not the first and he won’t be the last player to fight inner demons and he can take a leaf out the books of Goran Ivanisevic and Marat Safin.

5. Is this the end for the ‘nearly men’?
Tomas Berdych, Milos Raonic, Kei Nishikori, Jo-Wilfried Tsonga, Richard Gasquet and Gael Monfils were all pretenders to the throne at one stage, but always came up short.

They are starting to slip down the rankings and their chance to win a Grand Slam may well have come and gone, especially now that the likes of Dimitrov and Zverev are also challenging.