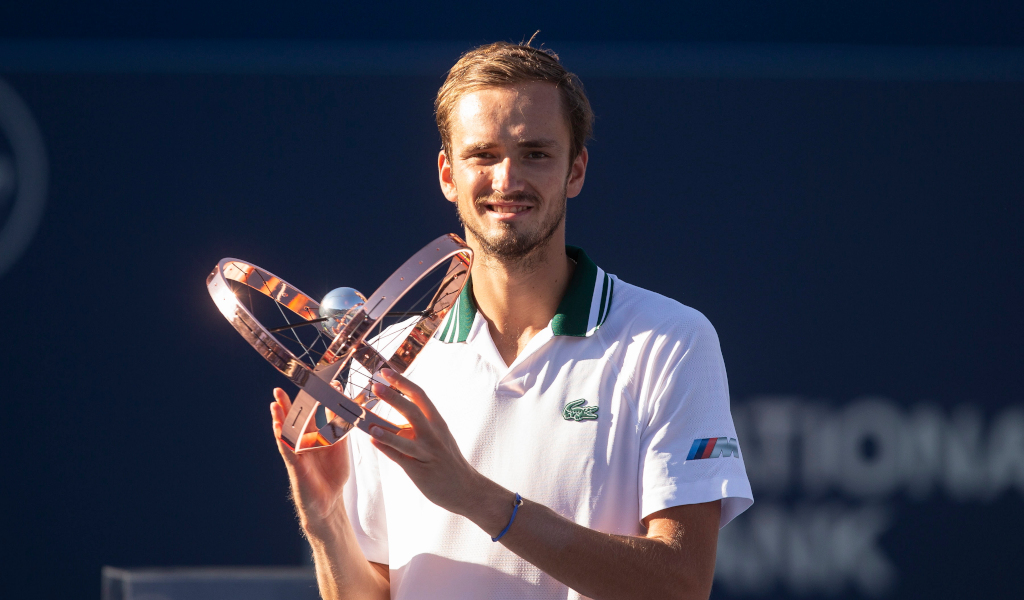 Winning ATP Masters 1000 titles “seemed like an untouchable achievement”, but Daniil Medvedev is now on a roll as he won a fourth trophy after beating Reilly Opelka in the Canadian Open final.

Medvedev had no problems seeing off the big-serving Opelka in the final on Sunday, breaking once in the opening set and twice in the second set to earn a 6-4, 6-3 victory in one hour and 25 minutes in Toronto.

The Russian took his ATP Tour titles to 12 while it was his fourth Masters trophy following his successes at Cincinnati, Shanghai and Paris.

“I could not have dreamt of [this] at one point,” he said. “With Masters, with Novak [Djokovic] and Rafael [Nadal] playing, it seemed like an untouchable achievement. Now I have four wins in five finals, which is a good score. I am just happy. I want to achieve more. I am really happy I achieved this in Canada.

“He [Opelka] showed up, he played some really good points. He was fighting until the end, he saved break points in crucial moments. Playing your first [Masters 1000] final is not easy. I played my first in Canada and won only three games.

“Playing Canada and Cincinnati, the goal is to win as many matches as possible. I was able to do it two years ago and I will try and do it again.”

It was a breakthrough week for Opelka as the unseeded American reached his maiden Masters final, but he was full of praise for his opponent.

👏👏👏 @ReillyOpelka. It’s been a phenomenal week.

Looking forward to having you back in Toronto again! #NBO21 pic.twitter.com/IFLYWHIvt3

“He [Medvedev] was flawless,” Opelka said. “I had one chance to break early. I don’t think that would have changed much because he was in so many of my service games. When I hit some big shots, he countered well and it was very tough to disrupt him at all.

“I have learned a lot about myself. I learned that the difference between some matches is so small, you’ve just really got to be optimistic. I was playing Lloyd Harris a couple days ago on the back court, and the guy was red hot. Returning unbelievably, playing well, not missing a ball. I could have lost there and still had a pretty good week, two good wins, on to the next one.”