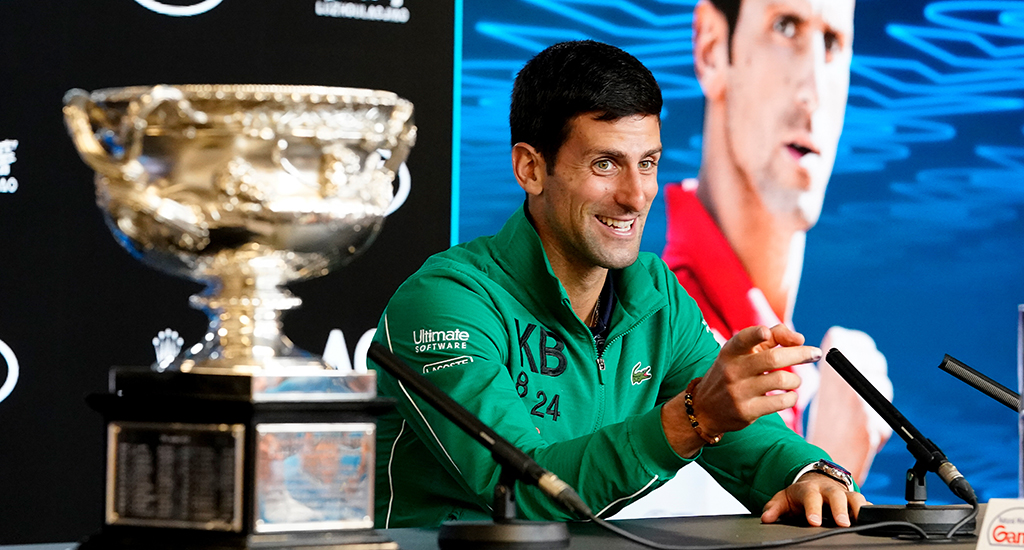 Novak Djokovic says he would be flabbergasted if his exchange with umpire Damien Dumusois in the Australian Open fine landed him a fine.

Djokovic was upset with Dumusois after he was given back-to-back time violations at a key moment in the second set.

After losing the game, Djokovic put his hand on the umpire’s shoe and told him: “You made yourself famous in this match. Great job.

“Especially in the second one. Great job. You made yourself famous. Well done man.”

Tournament rules, though, say that players may not ‘physically abuse any official, opponent, spectator, or person’ with such offences carrying a $20,000 fine.

What Djokovic did could possibly be interpreted to have broken that rule, but he is certainly not expecting anyone to see it that way.

“For touching his shoe? I mean, I didn’t know that’s completely forbidden,” he said after winning his eighth Open crown.

“I thought it was a nice, really friendly touch. I wasn’t aggressive with him in terms of physical abuse.

“I just couldn’t believe that I got the time violation. It kind of disturbed me. That’s all there is to it.

“Verbally we did have some exchanges, but no insults because if I did insult him, I would get a warning.

“Right now that you tell me that, I want to thank him for not giving me a warning for touching him. That’s all I can say.”