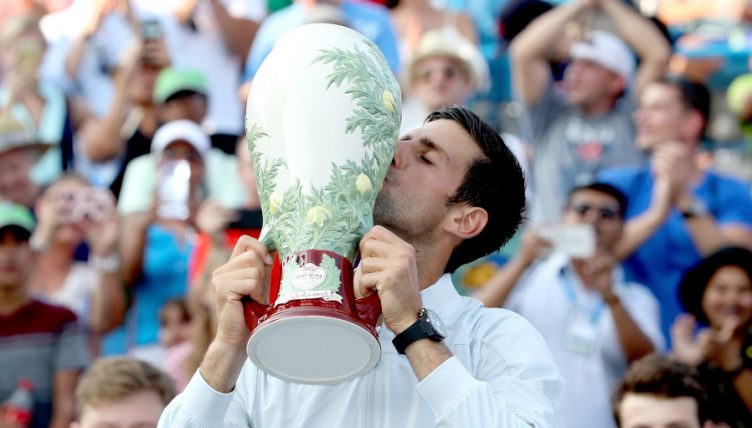 Novak Djokovic created a piece of history when he beat Roger Federer in the final of Western & Southern Open.

The 13-time Grand Slam winner secured his maiden Cincinnati Masters trophy with a 6-4, 6-4 victory over Federer, and in the process he became the first man to win all nine ATP’s Masters 1000 events.

The moment @DjokerNole became the first ever winner of the Career Golden Masters. #CincyTennis pic.twitter.com/27n8EAOCxj

The reigning Wimbledon champion required only 37 minutes to win the opening set with the single break of serve coming in game seven.

Federer hit back early in the second set with a break in game two, but that advantage disappeared as he lost his serve in the next game.

Djokovic would claim the crucial break again in game seven and would serve it out three games later.

“Obviously it’s a very special moment to stand here for the first time with the winning trophy here in Cincinnati,” the Serb said.

“The hard times I went through, it’s been a rollercoaster ride in my career with injury, taking time off and having a surgery earlier this year. This seems a bit unreal to be back at this level.”

He added: “I played five finals (here) before, and most of those finals I lost to this great man, Roger … thank you for letting me win here once in Cincinnati.

“This is a dream come true. I finally won Cincinnati after six finals, some against the greatest ever, Roger.”

With the victory he took his Masters title tally to 31, two behind Rafael Nadal’s record, while it was his 70th ATP Tour singles trophy.