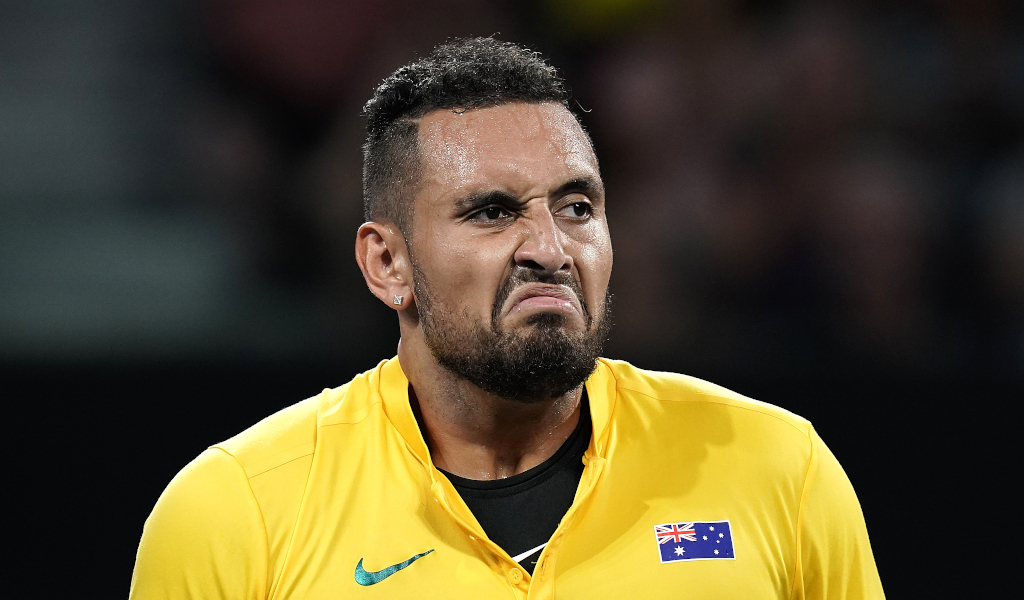 For once, Nick Kyrgios was not the player making all the wrong headlines on court, but he admits Stefanos Tsitsipas’ tantrum should not be “given too much attention”.

Australia took on Greece in the ATP Cup on Tuesday with Kyrgios going up against the ATP Finals champion in the second rubber of the day.

That’s how you win an #ATPCup match 💥@NickKyrgios maintains his unbeaten record against Stefanos Tsitsipas def. the world No.6, 7-6(7) 6-7(3) 7-6(5) to win the tie for 🇦🇺 #TeamAustralia.#ATPCup | #Brisbane | #GREAUS pic.twitter.com/NW6w8up9WL

The Australian is no stranger to on-court meltdowns, but the outburst came from the other side of the court as Tsitsipas’ frustrations got the better of him.

The world No 6 smashed his racket after he lost the opening set and ended up accidentally hitting his father. He was then told off by his mother.

WATCH: Stefanos Tsitsipas accidentally hits his father, gets chastised by his mother

Kyrgios was quick to defend his opponent after the match.

“I don’t think you should be giving it too much attention or looking too far into it, to be honest.

“I’ve done some stupid things as well in the heat of the moment, so it was obviously an accident, so…”

And some of the “stupid things” landed the 24-year-old in hot water last year as he was handed a 16-week suspended sentence following a series of outbursts.

However, he is determined to stay on his best behaviour.