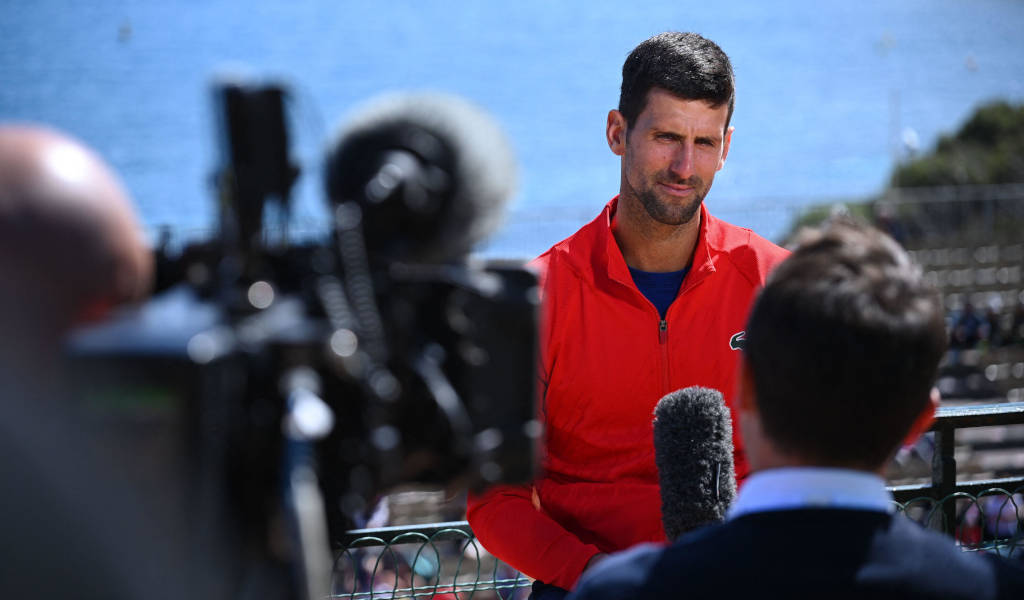 Coach Goran Ivanisevic has revealed that he didn’t believe that Novak Djokovic was ready to return at the Monte Carlo Masters.

Ivanisevic believes that poor preparation and pre-tournament illness left the World No 1 with too much ground to make up.

Up until recently, it appeared likely that Djokovic would not be allowed to enter France for the Monte Carlo Masters.

Ivanisevic said this uncertainty made for difficult preparations which were compounded when the Serb fell ill.

The 21-time Grand Slam winner’s coach insists he will be ready for Roland Garros.

“He wasn’t feeling well before he came here. He was sick. Let’s say he’s not fit one hundred percent to compete,” Ivanisevic told Ubitennis.

“First of all in this situation. Three weeks ago he was not allowed to play here because of the Covid decision.

“Then France opened and he was allowed. And it’s difficult mentally. You can play to the semifinals.

“But you can’t prepare the way you would need to. And then he got sick. And, to be honest, I didn’t expect something spectacular from this tournament. But he’ll be going to the French Open in five/six weeks, he’s got a couple more tournaments and he will be ready.”

Ivanisevic isn’t worried about how Djokovic is shaping up for the French Open citing past experiences to back up his confidence.

When asked if Djokovic could have gone deep if he beat Alejandro Davidovich Fokina, his coach said: “You never know. This guy for me is the best player in the history of tennis.

“He had break points and game points. He lost a lot of energy. But he’ll find his way out of this in his constant playing. He only had three matches prior to this tournament.

“Clay is not easy. Last year he started pretty badly here, he lost to Evans in the second round.

“Then in Belgrade he lost in the semis. He started to play well in Rome where he got to the final, then he won the French Open. So I’m not worried. He just needs some continuity, he needs to play more and more matches and he’s going to find his way.”