Greg Rusedski: Nick Kyrgios has the potential, but not the work ethic or mentality 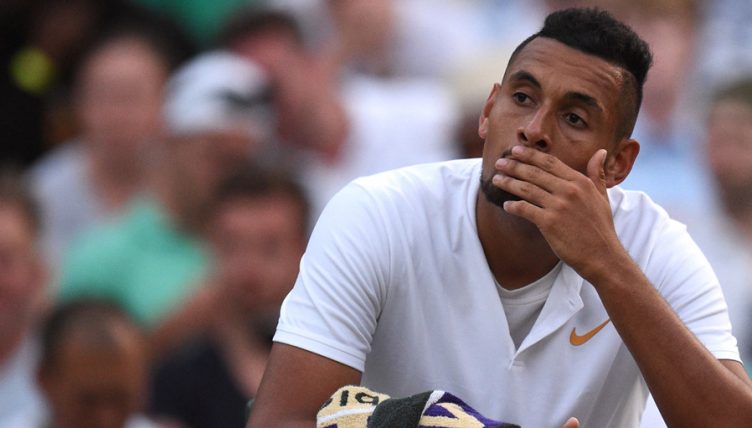 Greg Rusedski says Alexander Zverev has the “best shot” to end the Big Five’s Grand Slam domination, but he doesn’t believe Nick Kyrgios is “ever going to change”.

Tennis pundits and fans had high hopes at the start of the year that one of the next generation players would put their hands up this year and win a major, but it wasn’t to be as Roger Federer, Rafael Nadal and Novak Djokovic walked away with the honours.
Marin Cilic’s 2014 US Open success was the last time a player other than Federer, Nadal, Djokovic, Stan Wawrinka and Andy Murray won a Slam.

Rusedski, though, feels 21-year-old Zverev is best placed to win a major in 2019, especially after adding former world No 1 Ivan Lendl to his coaching team.

“You look at 2019, coming up, which guy is going to say ‘I am going to get to a Grand Slam final?’ If you look at all the Grand Slam winners they are all over the age of 30,” he told Sky Sports.

“Zverev with Lendl is the one that has got the chance in my opinion to possibly win one but nerves are a question mark.

“His forehand comes into play. Can Lendl in the next six months to a year change that? If anybody can, it is Ivan so for me he is the one who has the best shot of winning a Slam.”

Kyrgios has in the past also been tipped as a future Grand Slam winner, but the 23-year-old has lost his status as Australia No 1 and has made headlines for all the wrong reasons this year with his work ethic once again coming into question.

Rusedski added: “The one you look at with the potential is Kyrgios but he doesn’t have the work ethic or the mentality.

“That is the problem there and I don’t think that is ever going to change. I wish he would change that but I don’t think he is going to. If he does then he goes into the picture.

“[Denis] Shapovalov is still some way away, a year younger than [Stefanos] Tsitsipas, and then you put [Kyle] Edmund in that group because he has still got potential to get in the top 10.

“But I don’t see one grasping it just yet and that is the problem.”