Grigor Dimitrov stuns ‘great competitor’ Stefanos Tsitsipas, but admits it was ‘taxing on the body’ 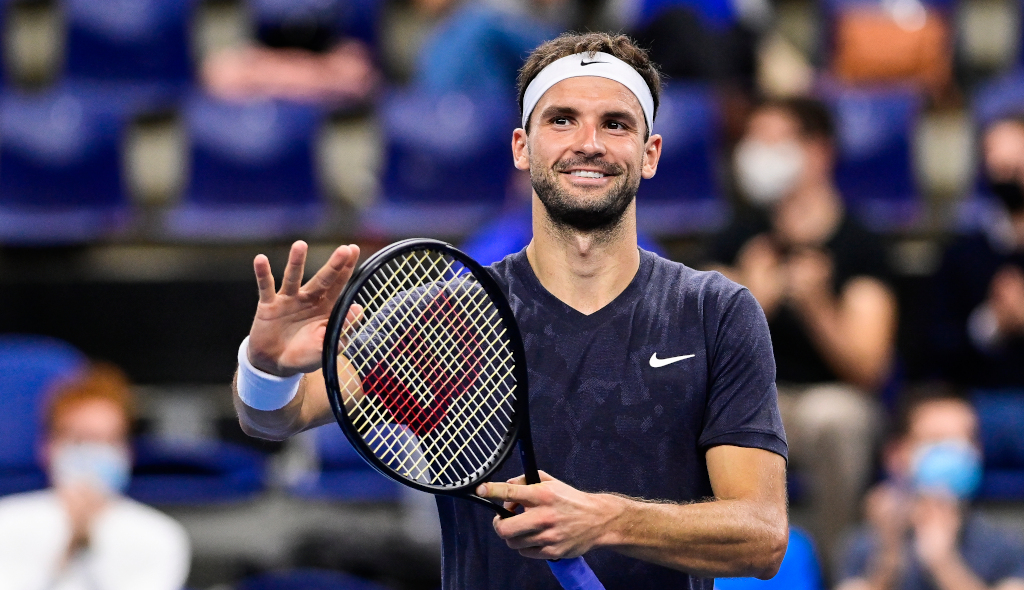 Grigor Dimitrov secured his first top 10 victory of the 2020 campaign as he upset Stefanos Tsitsipas in the second round of the Vienna Open.

Dimitrov dominated the tie-breaker early on as he took a 5-0 lead, but then lost his way as the Greek fired back to win seven points in a row to take the set.

However, Dimitrov then broke in game five of the second set to level it up and then two breaks in the decider earned him the win.

“It’s never easy to come out of a situation like that,” the Bulgarian said. “I was focussed, but he went for it. In the tie-break a few close calls here and there went his way. [There was] not much else I could have done, I felt. But I kept on believing and kept on doing the right things.”

He added: “[I] stayed in the match, which I think was the most important thing. He’s such a great competitor. You always have to be ready.”

Up next is Dan Evans after the British No 1 defeated Jurij Rodionov 7-5, 6-3 in one hour and 43 minutes.

“Every good match that you play gives you a certain amount of confidence. Clearly today was very taxing on the body,” Dimitrov said. “Hopefully I’m going to have enough time to recover for tomorrow’s match.”

US Open winner Thiem faces Andrey Rublev in the quarter-final after the Russian advanced on the back of Jannik Sinner withdrawing due to injury while 2-1 down.