‘I am kind of happy about myself,’ says Daniil Medvedev after beating Hugo Gaston ‘and the crowd’ 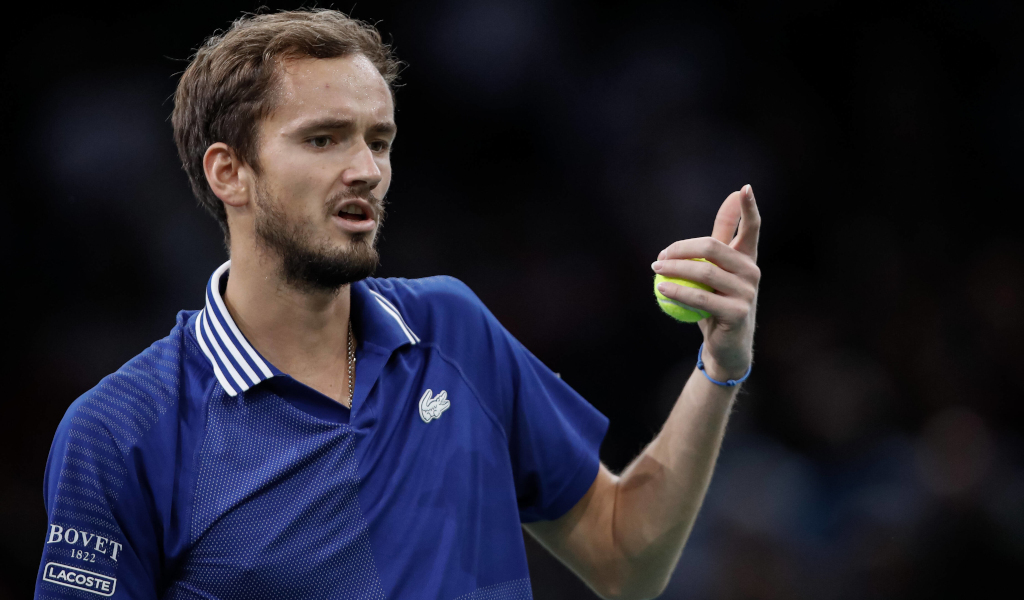 After coming through qualifying, Gaston beat 12th seed Pablo Carreno Busta in the second round and fellow young gun Carlos Alcarz in the third round.

And the Frenchman gave Medvedev a scare as the US Open champion had to save three set points in the opening set before winning 7-6 (9-7), 6-4 in one hour and 47 minutes.

The 21-year-old Gaston broke in game nine and then had three set points in the following game, but could not convert with the Russian going on to win the tie-breaker before dominating the second set.

“When [the atmosphere] is against you, you need to face it,” Medvedev said. “You need to try to win no matter what. Even when it is against me, I think, ‘Well, I will try to beat my opponent and the crowd’ because there is no other choice.

“I am kind of happy about myself, but it was definitely a high-level match.”

The win means Djokovic’s wait to be confirmed as the year-end No 1 goes on.

Up next is a repeat of the 2020 Paris Masters final as the second seed will face Alexander Zverev in the semi-final after the German defeated Casper Ruud 7-5, 6-4.

“I thought he served extremely well today which made it very difficult to break,” Zverev said. “I’m happy with the win and to be in the semi-finals.”