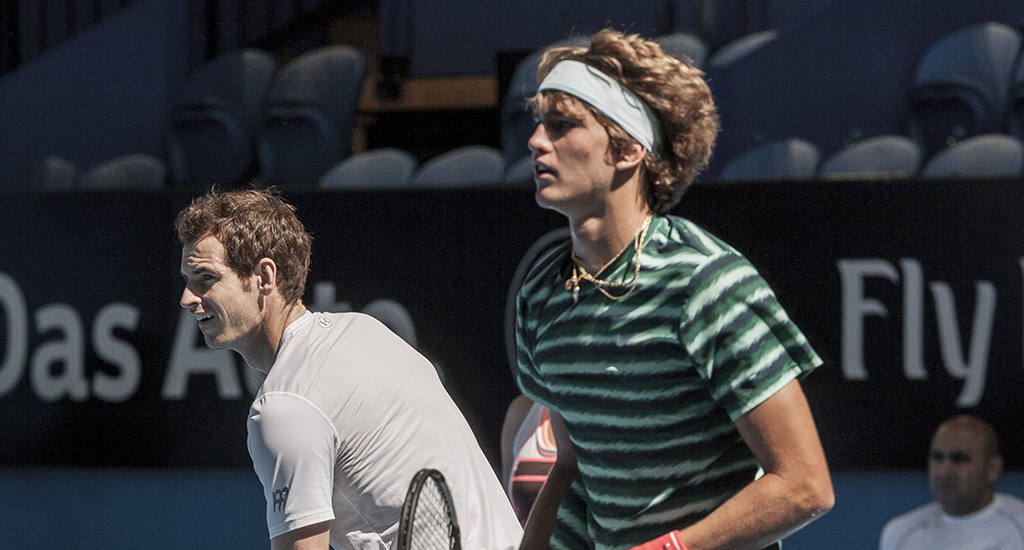 Patrick Mouratoglou believes that Alexander Zverev could become capable of winning Grand Slams, but only if he uses Andy Murray as an example to follow.

Zverev has established himself as a mainstay towards the top of the world rankings, but has also gained a reputation for failing at Grand Slams.

Mouratoglou, though, has drawn comparisons with another player who started his career similarly.

“He reminds me of Andy Murray,” he told Spiegel. “Murray had long been a fantastic player, but not a Grand Slam winner.

“Then he changed some things in his game and became a winner. I think Sascha can do that too. But he needs to evolve.”

Zverev appears to have all the technical tools to win the biggest honours in tennis, but that, according to Mouratoglou, won’t be enough by itself.

“He climbed fast in the ranking thanks to his qualities,” he added.

“But during this time he has not developed any other things necessary to win a Grand Slam.

RELATED: ‘Andy Murray has X Factor to pull off another Grand Slam win’

“He has a great base, he moves incredibly well. He is super-cool. But that’s not enough.

“And if you do not develop the other things, you are in trouble.”