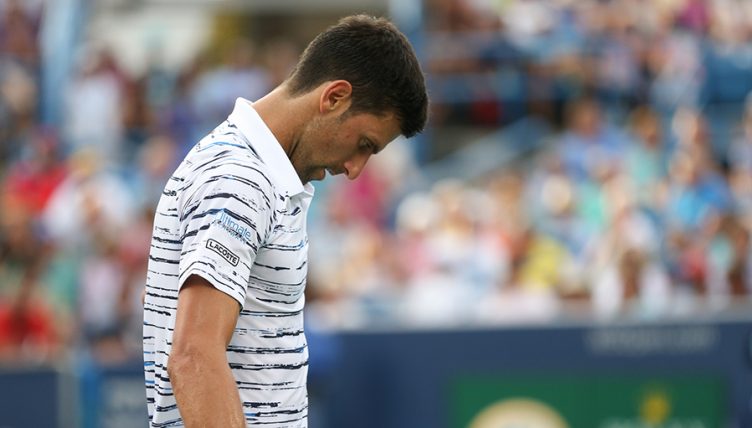 Medvedev has also reached the final of both the Canadian Masters and the Citi Open in the last three weeks, as his assault on the upper-echelons of the ATP rankings continues.

He is up to number eight in the world now, and is likely to make further gains regardless of what happens in the Cincinnati final against David Goffin.

And Djokovic was in no mood for excuses, simply explaining that Medvedev was too good – especially on an uber-aggressive second serve.

“Maybe in the third set when I was broken at one-all I could have done a little bit better, but when someone serves a 128 miles-per-hour second serve and doesn’t make too many double faults and goes for every shot, you just have to put your hat down and congratulate him.

“He played amazing tennis from 4-3 in the second set. Not much that I could really do.

The dude is in an utterly unreal zone right now.

He’ll face Goffin tomorrow for the #CincyTennis title; Goffin beat him in five at Wimbledon.

“I tried to return his serve. And when I had my racket on the ball I was returning his serves, but you can’t really predict someone or prepare yourself for someone serving that big a second serve consistently.

“He definitely has a lot of confidence. When you have so much confidence, then obviously you allow yourself to go for these kind of shots.

“I congratulate him. He deserved to win the match.”