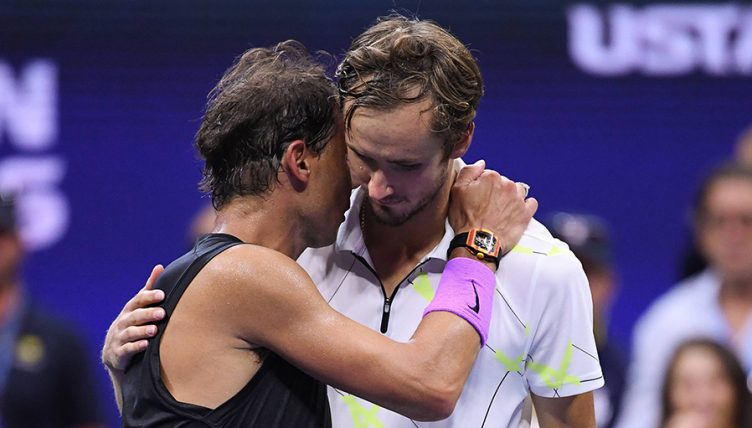 Daniil Medvedev has revealed that Rafael Nadal told him he was ‘an amazing player’ after their epic US Open final last week.

The duo produced a sensational climax to the tournament on Sunday, as Medvedev game beak from two sets down to force a decider, only for Nadal to eventually haul himself over the time.

Asked afterwards by reporters about what Nadal had said to him after the contest, Medvedev said: “I don’t remember everything.

It was Nadal’s 19th Grand Slam title, leaving him just one behind Roger Federer in the seemingly endless competition between the duo and Novak Djokovic to win the most majors.

Medvedev has come closer than most to ending their apparent monopoly on tennis’ biggest titles, but he says he enjoys the rivalry as much as anyone.

“I think is they have a great contest between three of them, and I wished him luck to be one of the three, to be better, yeah.

“Because I do think they have a great contest, and it’s fun to watch.”