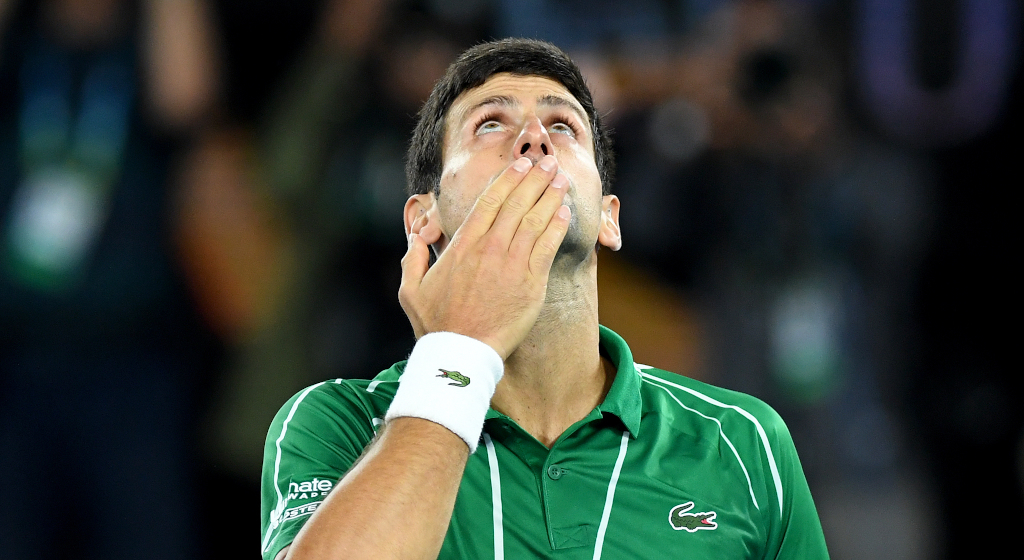 Current world number one Novak Djokovic came very close to retiring from tennis in 2018 due to his injury struggles, wife Jelena has revealed.

Djokovic was hampered by a persistent elbow injury two years ago. He fell out of the world’s top 20 and seemed to find it tough to adjust his game to cope with the problem.

It appears that he reached his low point at the Sunshine Double in 2018, where he suffered shock defeats at both Indian Wells (to Philipp Kohlschreiber) and the Miami Open (to Roberto Bautista Agut).

“He said to me that he’s quitting and that’s the truth”, Jelena recalled.

“He said, ‘Edoardo (Artaldi, manager of Djokovic), you can speak with my sponsors. I want to be clear with them. I don’t know if I’m stopping for six months, a year or forever.’”

It didn’t take Djokovic long to pick himself up from the disappointment, though.

He rallied just two months later to reach the quarter-finals of the French Open, before winning both Wimbledon and the US Open to finish the season as world number one.

He backed that up with another two Grand Slams (the Australian Open and Wimbledon) in 2019, and also won the only Grand Slam so far in 2020 too.