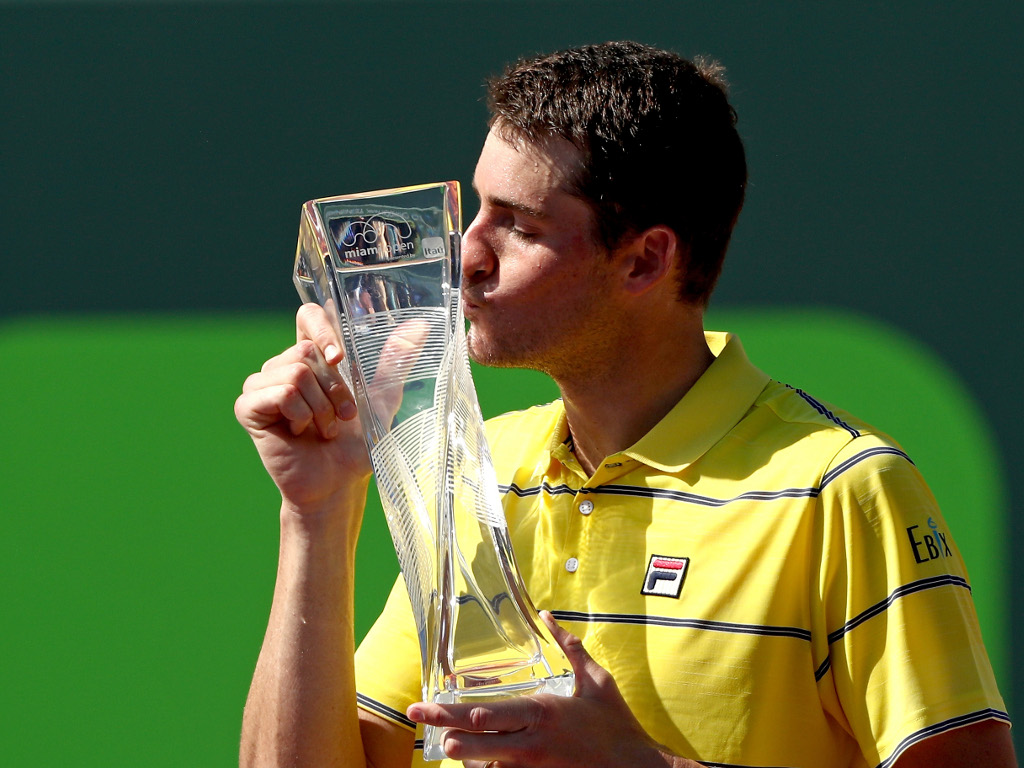 It was a case of fourth time lucky for John Isner as he beat Alexander Zverev in the Miami Open final to win his first ATP Masters 1,000 title.

Having lost in the Indian Wells, Cincinnati and Paris Masters finals, Isner finally ended the hoodoo as he came from a set down to beat Zverev.

What a week for @JohnIsner!

Isner beat Juan Martin del Potro, Hyeon Chung and Marin Cilic en route to the final and he was up against it after he lost the first set in the tie-breaker.

However, he claimed the first break of serve of the match in the ninth game of the second set and then repeated the trick in the decider to claim the biggest trophy of his career.

“To win like that in front of a crowd like that, with that atmosphere, you can’t replicate moments like that,” Isner said after the match. “It was absolutely amazing.

“This tournament has so much history. All the best players have played here thought the years. For Sascha and I to share the court in the last men’s singles match ever here at this tournament is amazing. I never thought I would be in this moment considering how I was playing coming into this event.”