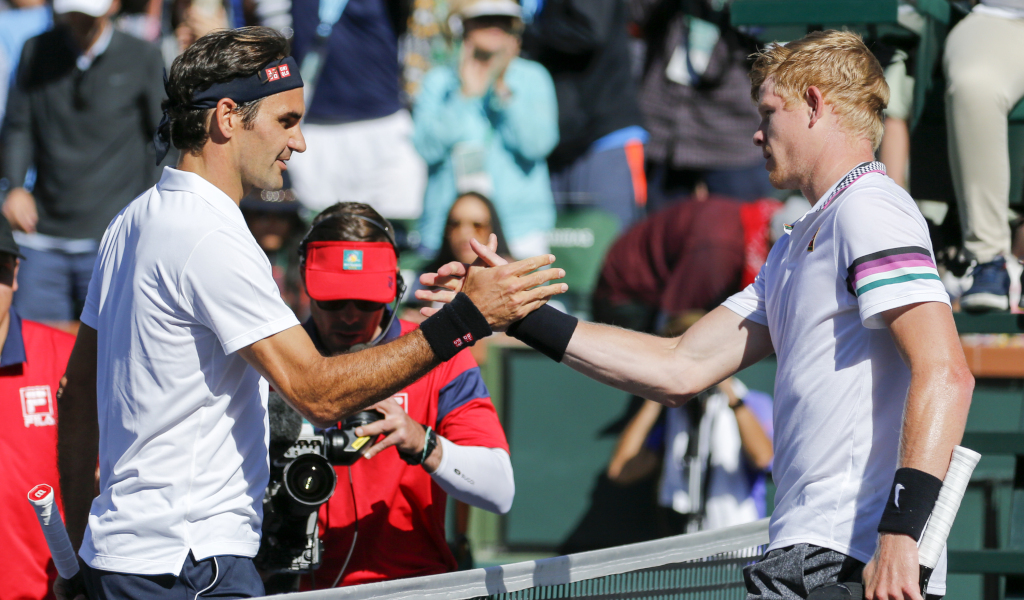 Kyle Edmund had a torrid time during his first-ever match against Roger Federer, but the 20-time Grand Slam winner believes the Brit has “everything in the game”.

The duo met in the last 16 of the BNP Paribas Open on Wednesday and Federer came out on top with a 6-1, 6-4 victory in just over an hour.

Edmund struggled at the start as the Swiss raced into a 5-0 lead while a single break of serve in game five of the second set was enough for the 37-year-old to wrap up the win.

Federer, though, had nothing but positive things to say about the British No 1 after the match.

“He didn’t have the best start, so that cost him the first set. Second set, it was definitely better. I think he probably struggled throughout a little bit. He never really got going,” he said.

“Conditions are tough with the glare, and the jump of the ball is sometimes hard to find the rhythm and timing.

“Being able to belt the ball like he does needs either a good start or good conditions, and he didn’t quite find that. I’m sure I profited a little bit from it, but again, I was able to keep him uncomfortable throughout the match.

“He’s got everything in the game. It’s just a matter of keeping improving, keep plugging away, and then he will make big results again. He knows that.”