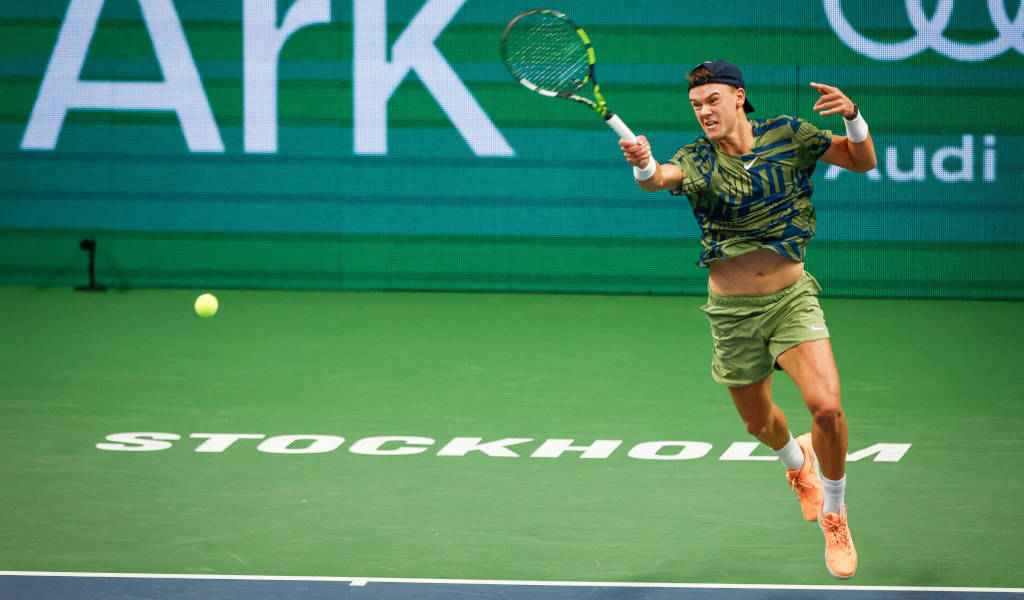 On Sunday, Denmark’s Holger Rune penned another chapter in his 2022 story when he defeated top seed Stefanos Tsitsipas 6-4, 6-4 to win his second tour-level title.

The 19-year-old cut an impressive figure as he opened his shoulders and hit right through the World No 5 throughout their one-hour, 35-minute clash.

Rune would fire an impressive 20 winners and save the one break point he faced to earn his third Top 5 win with both of the previous triumphs coming this year and one of them was against the same Tsitsipas.

The Dane now leads Tsitsipas 2-0 in their head to head career record having also defeated the 24-year-old at Roland Garros in June.

Rune will power up to No 24 in the ATP Rankings following his title run at the ATP 250 event when the standings are updated on Monday.

“It was an unbelievable match from my side,” Rune said in his on-court interview.

“I knew it was going to be difficult, but I just tried to stick to the game plan. I had to play my best tennis today and it was good that I could find the level. I am super happy.

“It was very close to perfection. I was making a lot of returns and playing pretty well behind my serve. Stefanos is an amazing player, who always makes it difficult. It was a super fun match to play.”

Rune has built a reputation as a hothead but he prefers to compare himself to a young Roger Federer.

His performance in Stockholm saw him channel his energy into an aggressive display.

Rune was able to take the ball early and successfully targeted Tsitsipas’ backhand, outlasting the Greek on the crosscourt exchanges most of the time.

The 19-year-old demonstrated great touch around the net to boot, closing points out efficiently when moving forward to help him seal his memorable win in Sweden.

Earlier this season, Rune clinched his maiden tour-level trophy in Munich, where he defeated then-World No 3 Alexander Zverev on his pathway to the crown.

With his victory over Tsitsipas, the 19-year-old has become the second teenager to win multiple tour-level titles this year, joining World No 1 Carlos Alcaraz.

Rune will now look to finish his season strongly with the NextGen Finals looking winnable for the Dane.

He will compete in Basel next week before he takes to court at the Next Gen Finals – to be held from 8-12 November – for the second consecutive season.