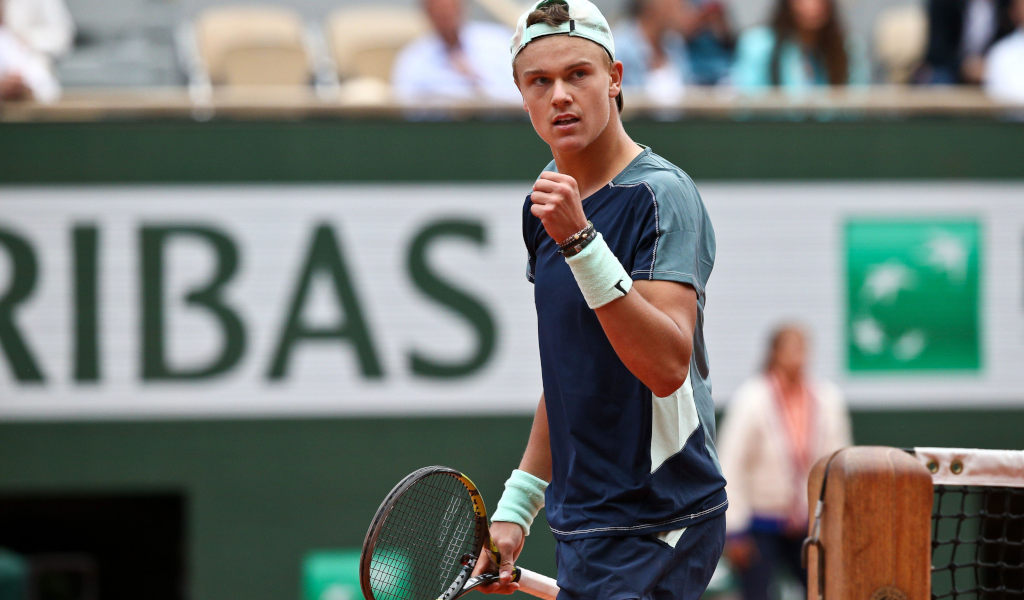 The 19-year-old showed his resilience in battling back from a set and a break down against the energetic Australian.

Rune advanced to the ATP 250 event’s final after battling the Aussie for two hours and 52 minutes.

“It was a brutal match from the beginning to the end,” Rune said in his on-court interview. “Super long rallies. Really exhausting. He takes the ball super early and puts you under a lot of pressure but I am super happy I was able to raise my level towards the end of the second set and I started a bit better than expected in the third. I am super happy with how I fought until the end.”

Rune has now won his past five matches that have gone to a deciding set. He overcame Cameron Norrie in three sets in the quarter-finals in Stockholm.

In what was an aggressive display from the youngster, the Dane looked comfortable stepping inside the baseline and would fire 45 winners to earn his 28th tour-level win of the season.

Rune is currently No 24 in the ATP Live Rankings, and will face either top seed Stefanos Tsitsipas or Finn Emil Ruusuvuori in the championship match.

Earlier this season, he captured his maiden tour-level title in Munich before he advanced to the final in Sofia. Rune will compete at the Intesa Sanpaolo Next Gen ATP Finals in November, having qualified last month.

De Minaur was aiming to reach his second tour-level final of the season after winning the title in Atlanta.

Rune had earlier added another big win over a top player after he defeated Cameron Norrie to reach the Stockholm Open semi-finals.

Rune matched Norrie in the opening set until the Brit took the first stanza in a tiebreak.

However Rune took the second and third sets by the same scoreline of 6-3 and claimed his first win over Norrie in four attempts.

“It was an unbelievable match, I think we both played pretty well,” said Rune in his on-court interview.

“Obviously I’ve lost three times in a row to Cam, so I knew it was going to be difficult. The result today showed it was a lot of hard work, so I’m just super happy that after a tough and very long first set, I could stay composed and find a way.”