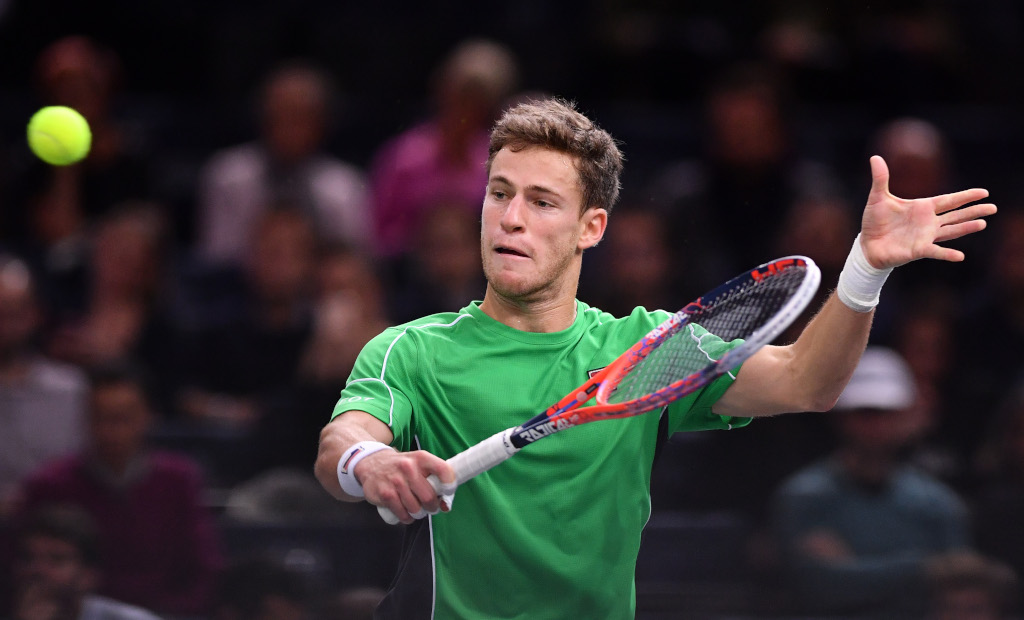 Diego Schwartzman gave home fans plenty to celebrate about as he came from a set down to beat Alessandro Giannessi at the inaugural Cordoba Open.

The Argentine twice found himself a break up in the opening set, but Giannessi bounced back on each occasion and then stunned the locals when he took the tie-breaker.

The Italian looked set for victory when he broke first in the second set for a 3-2 lead, but Schwartzman won the final four games before running away with proceedings in the decider.

Next up is his compatriot Guido Pella after the eighth seed beat Spain’s Albert Ramos-Vinolas 6-4, 7-6 (7-4).

Top seed Fabio Fognini made a second-round exit as the Italian produced a lacklustre display during his 6-1, 6-4 defeat against Slovenia’s Aljaz Bedene.

Second seed Marco Cecchinato also crashed out as the Italian suffered a 6-3, 3-6, 6-1 defeat at the hands of Jaume Munar.

The Spaniard will face Federico Delbonis in the last eight after the Argentine beat Roberto Carballes Baena 6-7 (3-7), 6-2, 6-2.