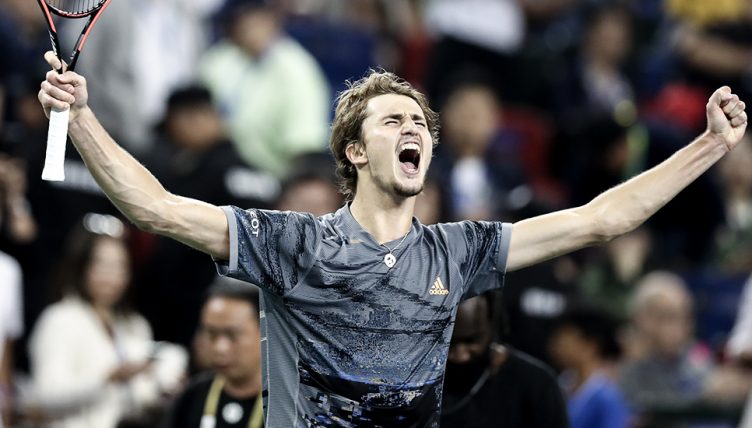 Roger Federer has followed Novak Djokovic out of the Shanghai Masters after he lost a dramatic quarter-final 6-3 6-7 (7) 6-3 to Alexander Zverev.

Zverev, who has burst into life after a difficult season, missed five match points in the second set, with Federer finding some magic to recover from 40-0 at 6-5 and then saving two more in the tie-break.

There was more drama in the deciding set, with Federer quickly going down 3-0 and then engaging in a furious dialogue with the umpire after being given a rare point penalty for a hitting a ball into the stands for a second time.

Zverev managed to keep his cool and served out the victory at the second time of asking, taking his sixth match point.

“Finally starting to kind of play the way I should play, I was really playing really defensive the whole year, and I was not with a lot of confidence,” said Zverev after the match.

“[Federer] will always find a way. He will always make it tricky for you like he did today with me, and always got to play your best tennis to have a chance.

“I knew if I am going to keep playing the way I played the first two sets, I am going to have a chance in the third set as well.”