‘I am shaking all over my body,’ says Casper Ruud after completing unique hat-trick with Kitzbuhel title 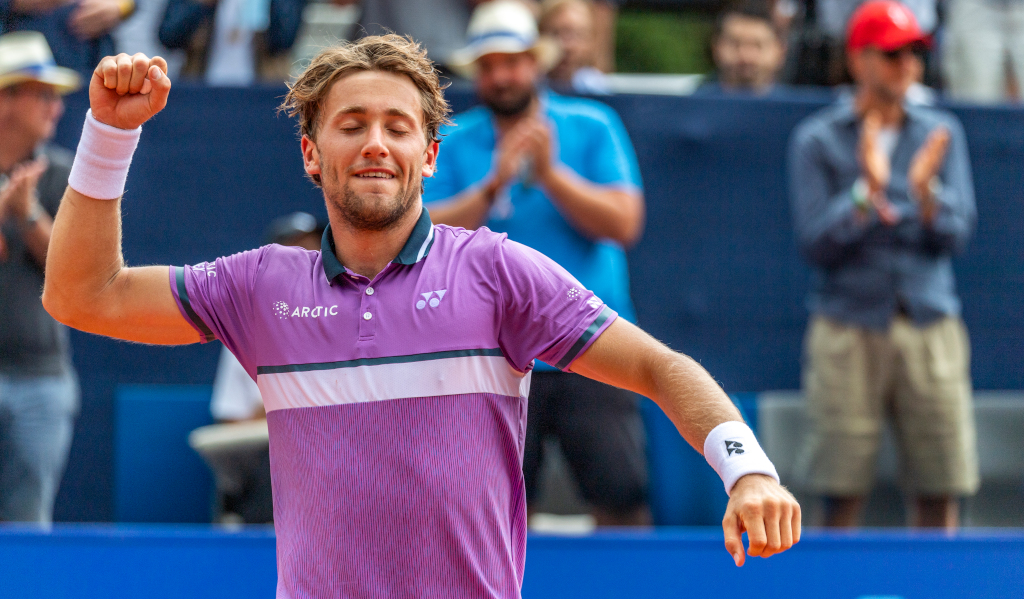 Casper Ruud achieved “something special” on Saturday as he won his third title in as many weeks, beating Pedro Martinez in the Generali Open in Kitzbuhel.

Having won the Nordea Open and Swiss Open Gstaad the two previous weeks, the Norwegian was looking to become the first player since Andy Murray in 2001 to win a hat-trick of ATP titles in three weeks.

And he did it the hard way as the weather also played its part, but he eventually prevailed 6-1, 4-6, 6-3 in two hours and 14 minutes to take his unbeaten run to 12 matches.

“I am shaking all over my body. It feels amazing,” he is quoted as saying by ATPTour.com. “I was very nervous at the end, I knew what I was playing for. Three in a row is something special. What a day to play the final, rain on and off all day.

“I’m just very excited and happy that these three weeks are over, and that I won all of them.”

Ruud dominated the opening set as he broke twice, but the elements then had its say as the match was delayed by a 40-minute rain break. They returned briefly before a three-hour delay.

It was a more even contest in the second set with Spaniard Martinez earning a break in game 10 to take it to a decider.

Ruud, though, upped his level again in the third set, racing into a 5-1 lead before Martinez made a mini recovery by claiming one break, but he wasn’t to be denied as he broke for a third time to get the job done.

“It was tough… we know that the weather was a bit shaky so I was prepared [for the delay],” the 22-year-old said. “It was a bit long there in the end. We came back, only played three games, and then we had to stop again. It was a bit annoying, but we had to keep the focus and try your best. It’s the same for the opponent.”