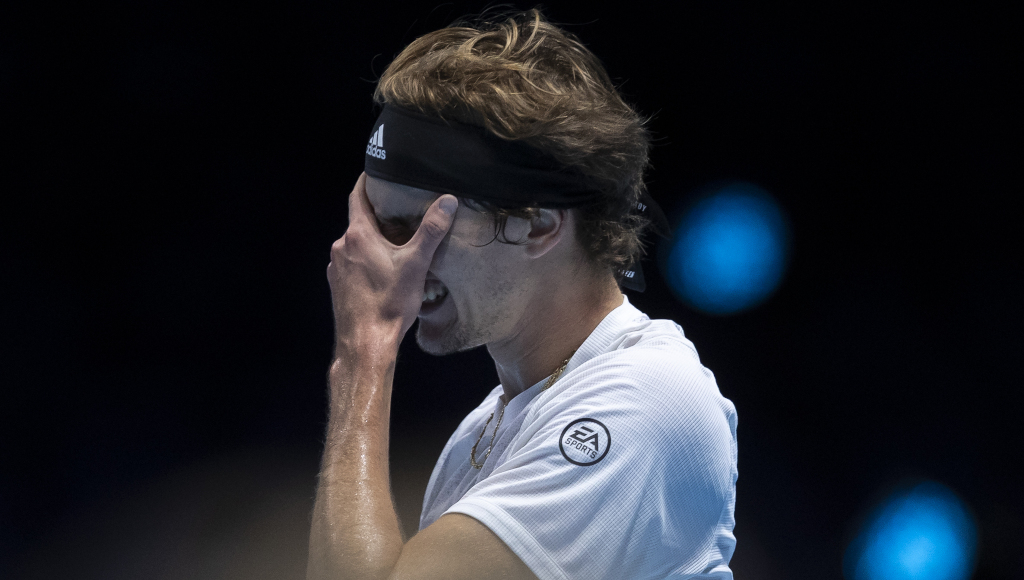 Alexander Zverev knows there will be no room for error in his final two group matches at the ATP Finals after a lacklustre display against Daniil Medvedev.

The world No 7 started well enough as he broke Medvedev in the opening game of the match, but that was as good as it got as he lost his serve in the next game before the Russian broke again in game six while one break in the second set earned him the 6-3, 6-4 win.

A wild start to this match 🤪

Zverev admits his serve was not up to scratch.

“My serve was not quite there today,” he said. “All in all, it wasn’t a good match for me. I think since the restart of the season, it was one of the worst ones.

“Credit to Daniil. He did what he needed to do. I mean, the underarm serve paid off for him. Great job to him… I think maybe he was a little bit nervous in the beginning, but then he picked up his level.

“But, yeah, it was not good enough to beat a Top 10 player today from my side.”

Up next is Diego Schwartzman who lost against world No 1 Novak Djokovic in their opening clash before Zverev takes on the favourite and 17-time Grand Slam winner Djokovic in the final match in Group Tokyo 1970.

“I mean, Novak was Novak. He dominates,” he said. “But I need to look at myself. I need to play better. I need to be better on court. Because if I play like today, I’m not going to win any matches here this week.

“Now I can’t afford to lose. I need to beat Diego, I need to beat Djokovic to have a chance to go to the semi-finals. I’m going to try to do that. But with how I played today, it’s going to be difficult to do.”