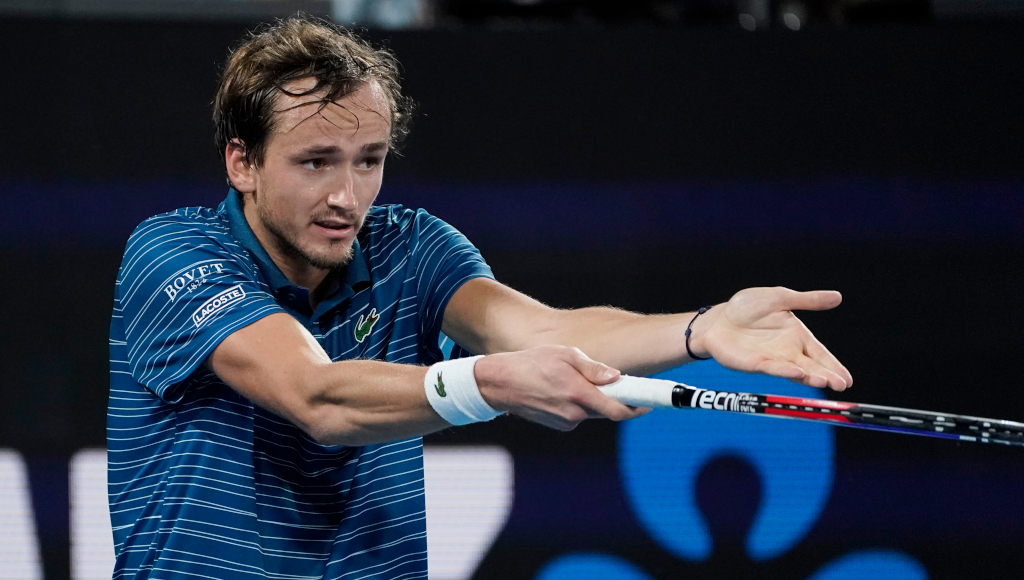 Top seed Daniil Medvedev reached the quarter-final of the Open 13 Provence, but his coach Gilles Cervara was far from impressed by his attitude.

The US Open finalist was all over the show in the first set against up and coming youngster Jannik Sinner, but eventually got his act together to pull off a 1-6, 6-1, 6-2 win.

It was the Russian’s performance in the first set that gave his coach all sorts of headaches.

The 18-year-old Sinner broke twice and the opening set and Cervara eventually had enough as he left the players’ box.

He later told L’Equipe: “When I see Daniil with that kind of attitude, that energy during the first set, crying over all the lost points, it annoys me. Especially since it does not show the desire to take our support and our encouragement.

“I told myself, ‘He has to react. Either it’s him or it’s me.’ It was me. I didn’t want to endorse that kind of behaviour at that point, knowing that if he carried on like that he was heading straight into a wall.”

He added: “I secretly hoped it would make him react. I didn’t want to wait any longer… I remember once in Cincinnati where we shouted at each other on the side of the court. This time, I just got up.”

Of course Medvedev got his act together as he only dropped three games after that.

“With my behaviour on the court, even if my entire box had left I would have said ‘OK.’ He was right,” Medvedev said after the match. “At the same time, it enabled me to get my good energy back. Because afterwards I didn’t say a word.”

He will face Gilles Simon for a place in the semi-final after the Frenchman beat Aljaz Bedene from Slovenia 7-6 (8-6), 6-4.