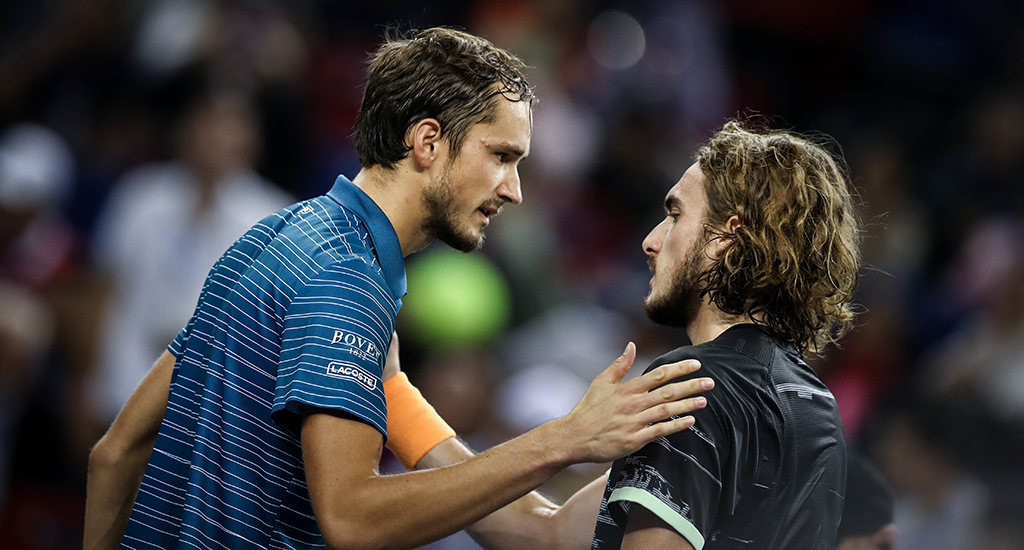 Stefanos Tsitsipas insists he does not ‘hate’ Daniil Medvedev but admits that he doesn’t like him.

The duo met at the ATP Finals on Monday with Tsitsipas getting his first ever career win over the Russian.

Tsitsipas once branded Medvedev a ‘boring bull**** Russian, claiming his play-style is dull to watch and even duller to play against.

“[I] got pissed and said what I said, which I do regret, but at the time I was very frustrated that things happened this way,” Tsitsipas told reporters.

“I completely forgot about the past. I mean, our chemistry definitely isn’t the best that you can find on the tour.

“It just happens with people that it’s not that you can just like everyone.

“It’s not that I hate him. As he said, we will not go to dinner together.”

Tsitsipas was clearly relieved to get his first career win over Medvedev, but he believes it was just a matter of time.

“I remember coming out of my match in Shanghai against him and saying to my coach that things are going to be different next time. And they did prove to be different.”

ALSO READ: ‘The only excuse is I was not good enough’ – Rafael Nadal says injury not a factor in ATP Finals defeat

“It’s a victory that I craved for a long time now, and it’s great that I came in at this moment.

“I respect him, for sure. He’s a grand slam finalist, so that takes a lot of respect from me to him.”