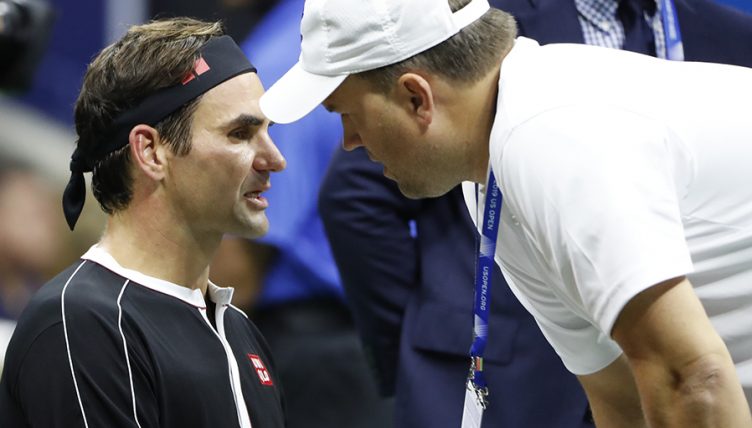 Roger Federer has issued a warning to rivals ahead of the Shanghai Masters, declaring himself fully recovered from the back injury that blighted his US Open campaign.

The 38-year-old was struggling with a stiff back as he lost to Grigor Dimitrov in the quarter-finals in New York.

He, though, returned to action in Europe’s successful Laver Cup team, and he claims that has given him confidence that his back problem is now under control.

“Sometimes I get a bit of a stiffer back as the season gets longer and the longer I play on the hard courts or the colder the weather gets sometimes,” Federer told reporters in China.

“But I must say I feel great with my back. So I can serve full which is obviously required on a fast hard court.

“I want to be explosive and energetic like I was at the Laver Cup.

“But not subdued like I was at the US Open when I was fighting with my back issue.

“So I was happy to see that the reaction was there and now I’ve just got to manage it the right way here in Shanghai.

RELATED: Roger Federer on ‘enemy-less’ Andy Murray: ‘We need guys like him who lead by example’

“I love being here. It is a great event with a lot of history now for me. It’s a fast court. I think it suits my game well too.

“Of course, when it is fast you better be careful and sharp, especially in best of three.

“The weather has been good, practise been going well. I’ve been busy, arrived here early and I’m ready to go.”