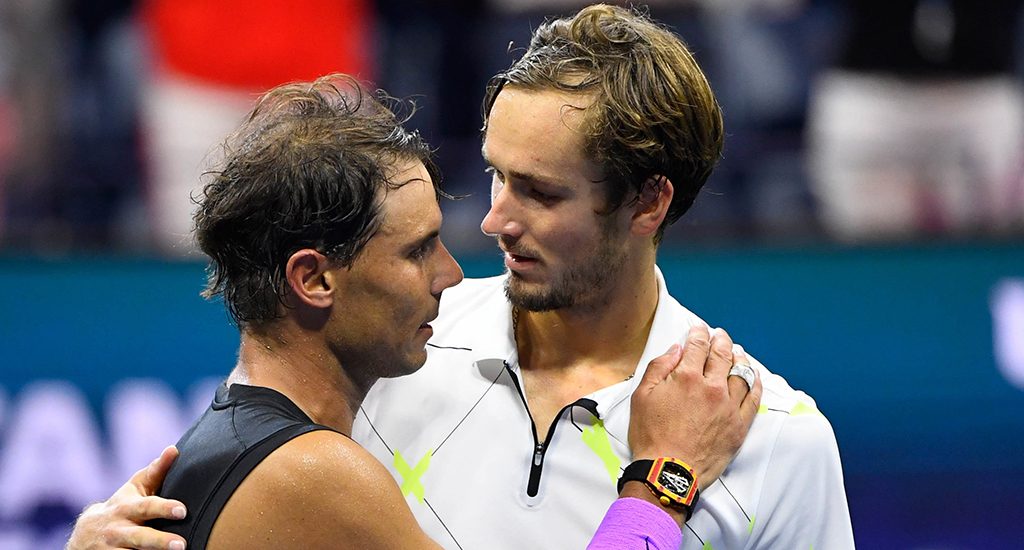 Daniil Medvedev has warned Rafael Nadal and Novak Djokovic he is ready to fight for the world number one spot after elevating his game in the second half of 2019.

Medvedev seemed to mature into a genuinely elite player during the American hardcourt swing this summer, a run that has taken him all the way to the US Open final, two Masters level titles, and number four in the world.

He heads to France for the Paris Masters as one of the favourites to win another crown, but he says he is only just getting started.

“It’s hard to explain because when I was number 15, I was good already,” Medvedev told reporters ahead of the tournament, where he will be the third seed and can overtake Roger Federer in the world rankings should he reach the final.

“Then I wanted to get into the top 10, which is never easy.

“And then with the US series when I lost during the third round, I managed to get in the top 10.

“And you can tell yourself: ‘Okay, I’ve done a full circle,’ but I didn’t want to stop.

“I just want to see how far I can go. It could be number one. If it doesn’t happen, that means that I wouldn’t be strong enough.

“And I know that here, now, to get to be high up in the race, you have to do a significant effort, but I’m trying to do my best.”