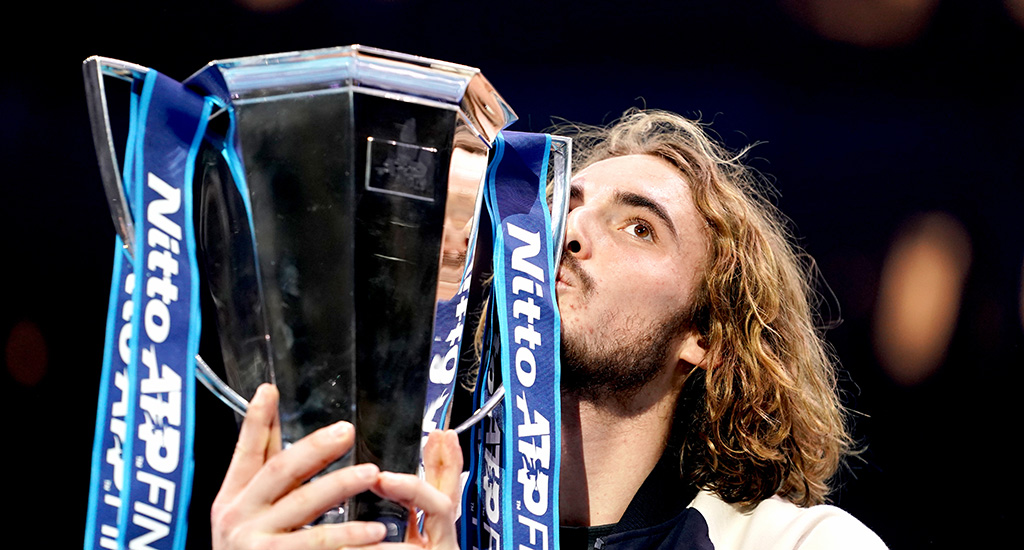 Stefanos Tsitsipas has vowed to wrestle the Grand Slams from Rafael Nadal and Novak Djokovic after defeating Dominic Thiem in the final of the ATP Finals in London.

The 21-year-old was the Next Gen Finals champion last year, and became the youngest player to life the coveted end-of-year trophy since Lleyton Hewitt in 2001, and the youngest debutant to win to since John McEnroe in 1978.

However, he knows that he, and the other up-and-coming stars who dominated the week at the O2, can only lay claim to ushering in a new era on the ATP Tour once they have broken the stranglehold Rafael Nadal, Roger Federer, and Novak Djokovic hold on the Grand Slams.

Nadal and Djokovic have shared the slams between them this season, with each winning two. Tsitsipas, though, believes he belongs in that kind of company, and thinks is close to proving it.

“It’s been a rollercoaster,” Tsitsipas said of his ATP Finals. “It’s a dream come true and the best way to end this match.

“My fighting spirit and me constantly trying to push myself to do better got me there in the end.

“Things were great this year and I beat some top-ranked players which gave me confidence, and I’ve won matches in grand slams and Masters 1000s. I think I can do well in the slams.

“I feel like my game is getting better over time, and I believe I’m really close on being crowned a grand slam champion.

“I know these are strong words that I say, but I do feel like I belong there.”