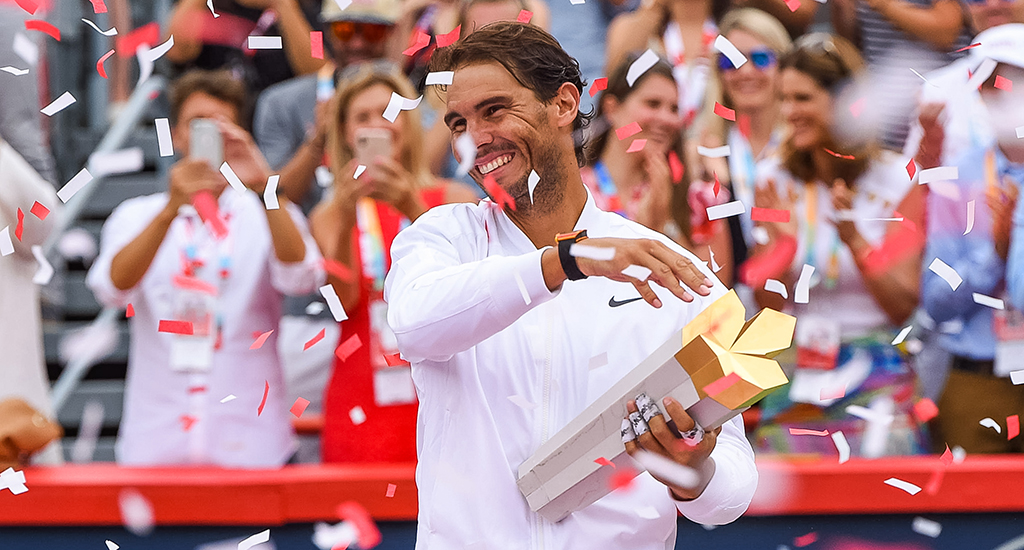 Rafael Nadal believes that a strong start was they to his Rogers Cup final demolition of Daniil Medvedev.

The world number two claimed a record 35th Masters title in Montreal after dismissing Medvedev 6-3, 6-0 in the final.

After the match, though, he admitted to going into the game wary of the Russian’s brilliant recent form, which made it vital that he didn’t fall behind early to fuel Medvedev’s confidence even more.

“He played a great game, some very long rallies. For me, personally, it was important to start the match in good shape,” Nadal said.

“He came to that match playing so well, playing a lot of matches [in recent] weeks. For me, it was a different story. I only played three matches on hard before this one.

“I think I played a good first game, too. He had a break point. I played well.

“I saved that game. After that I think I played a solid match, my best match of the week so far without a doubt.”