‘I wan’t injured, but I was lucky’ – Novak Djokovic explains medical timeout in Australian Open final 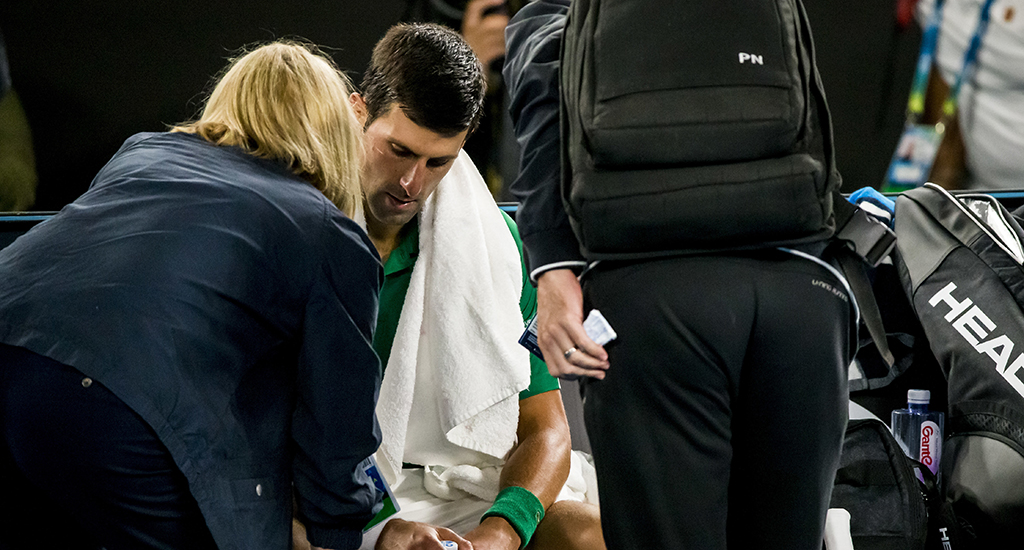 Novak Djokovic was not injured in the Australian Open final, he says, but his ‘energy collapsed’ leaving him dizzy.

Djokovic started brightly, winning the first set, but Thiem battled back and reeled off the next two sets as the Serb appeared to be floundering.

He left the court for a medical timeout after consultation with a doctor, but returned to fight his way back into contention before closing out his eighth Australian Open win.

“I was on brink of losing that match. I didn’t feel great on the court at all,”

“It was quite surprising, to be honest, because I felt it started off well.

“But I played a couple of double faults, then the energy dropped and then the whole thing just started happening. I couldn’t believe what was happening.

“Dominic started dominating from back of the court and won two sets pretty easily.

“I didn’t have any injuries and it was very strange to me because I’ve done things pretty much the same as I always do.

RELATED: Dominic Thiem pinpoints the moment Australian Open final was lost, but insists he has no regrets

“My energy completely collapsed. Every time I would toss the ball, I would feel dizzy.

“We were trying to do everything possible within the circumstances to kind of find a way to rejuvenate, I guess, and I was lucky.”