‘I was stressed out in the end,’ says Novak Djokovic after meltdown during ‘strange match’ 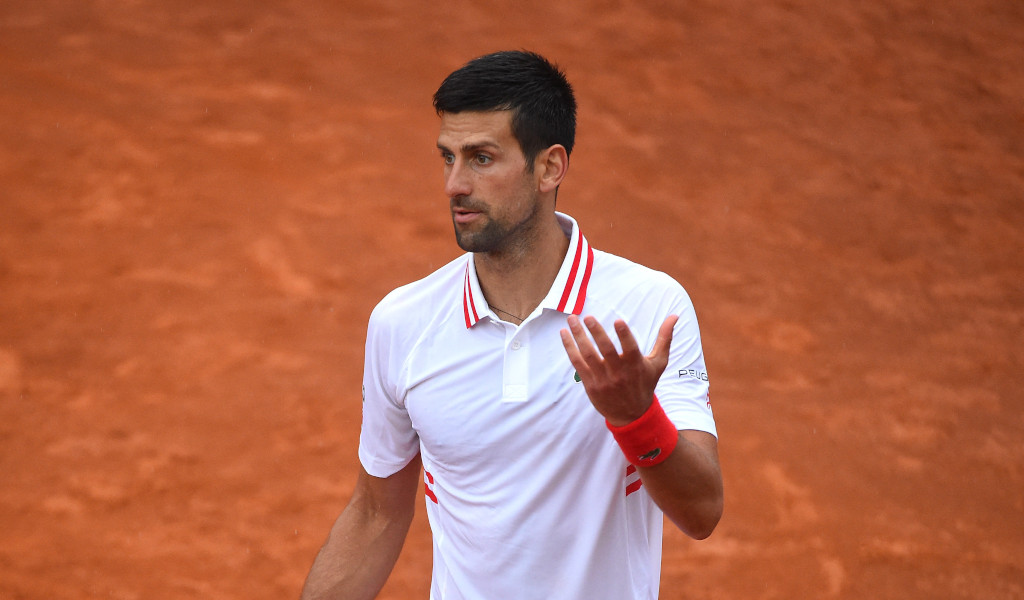 He admits he “lost his cool towards the end”, but Novak Djokovic believes his tetchy win over Taylor Fritz at the Italian Open will give him even more confidence.

The world No 1 overcame the big-serving Fritz and dreary conditions at Foro Italico to secure his place in the third round, winning 6-3, 7-6 (7-5).

After looking comfortable during the first set, Djokovic became agitated midway through the second set as he was upset that the match continued while it was raining.

“How much more you wanna play?” he shouted at chair umpire Nacho Forcadell.

After the official told him he would check the conditions, Djokovic replied “I asked you three times, you are not checking anything”.

The 18-time Grand Slam winner told Amazon Prime that he was pleased to overcome the challenges.

“I kind of lost my cool towards the end of that second set when I served for the match, but at the end of the day when you overcome these kinds of circumstances and challenges, I think it brings even more confidence in you,” he said.

He apologised to Forcadell at the end of the match, but in his press conference he added that he was “stressed out” about the situation after allowing Fritz to get back into the match.

“It was a very strange match with strange conditions,” he said. “I thought that I had an advantage there because the conditions were slower which allows me to return his serves, because he’s got really big serves.

“So I kind of kept the match under my control for most part of the two sets, then served for the match. Very sloppy service game. He played well, made a great passing shot to come back.

“I was stressed out in the end obviously, but I think it was the right call to stop the match.

“When I came back, I thought we were quite even actually till the last point. I’m glad that I managed to finish off this match in straight sets. I know I can play better, and I’m going to work tomorrow trying to make sure I do that in two days.”