‘I will improve,’ vows Novak Djokovic after signs of rustiness on Cincinnati return 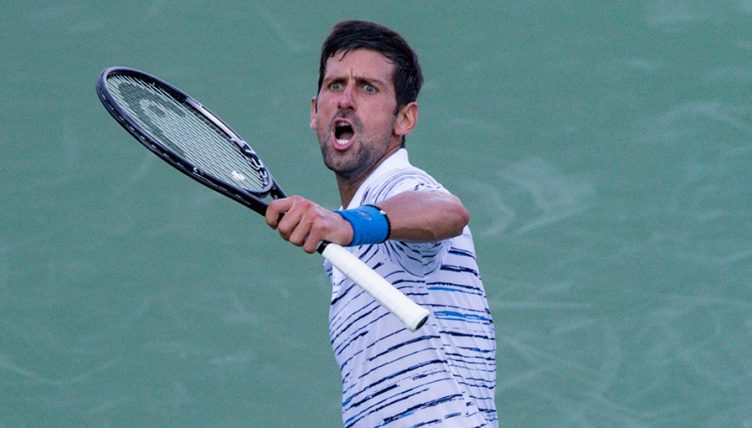 Novak Djokovic admitted to suffering from rustiness as he powered past Sam Querrey in his opening match at the Cincinnati Masters.

The world number one and defending champion was playing his first match since the epic Wimbledon final against Roger Federer, and he struggled initially against the big-serving American.

However, he quickly shook that off before claiming what turned out to be a pretty routine 7-5, 6-1 win.

“The fact that I’m a reigning champion wasn’t affecting me positively or negatively,” explained Djokovic.

“There was just excitement to be back on the court competing because it’s been quite a while since the Wimbledon final.

“But at the same time, I had the nervous start because I haven’t played a match in four weeks. It took a while to adjust to his big game.

“I made three double faults in the opening game and didn’t have the greatest of starts.

“It was a tricky match, a quality and opponent and a big challenge, but I’m happy to be tested right from the start. Hopefully the next performance will be even better.”