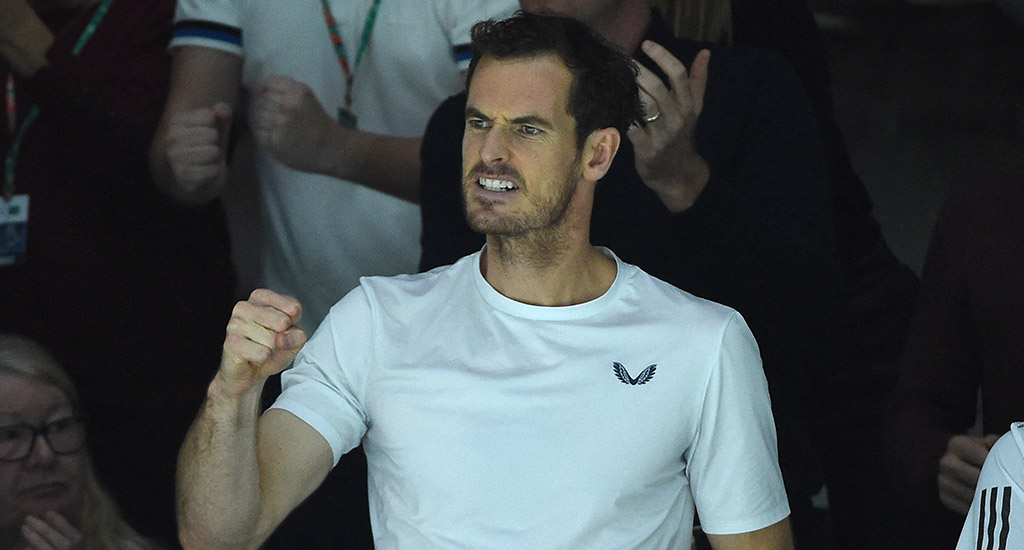 Andy Murray has admitted he is now ready for life after tennis, as he confirmed he may be one more injury away from calling time on his record-breaking career.

Speaking to Tennis365 at the launch of his new Amazon Prime Video documentary Resurfacing, the three-time Grand Slam champion spoke about the fears he had as he gave up hope of recovering from the hip problem that halted his career in the summer of 2017.

He also suggested his fears are shared by many elites athletes, as he called for more support to be offered when retirement beckons at the end of what is always a relatively brief sporting career.

“I don’t think sport, as a whole, does a very good job of preparing people for what happens after retirement,” stated Murray. “We have seen it with a lot of footballers in this country and there are also cases of some big problems for athletes in America who struggle to cope when their career ends.

“It’s not just me, but a lot of athletes have to dedicate their whole life to reach the top. No one really knows what they want to do when they are 14 or 15, but I left home at that age to go to Spain for training with the sole aim of playing professional tennis.

“I achieved a lot of my goals and then last year it felt like my body didn’t want to let me continue any more and it was coming to an end. That was a fear for me. It was a case of ‘what do I do with myself’.

“Tennis has given me a structure in my life for as long as I can remember and if that’s gone, what happens next? This is all I’ve known and I didn’t know what I would do without it.

“Then I had this operation, the pain was gone and it changed everything for me. My priorities shifted and the ambition now is to be healthy and pain-free. If that is the case, I will lead a happy life and enjoy it.

“I got to feel what it was like for three or four months to see what life would be like if I wasn’t playing tennis any more and it was all good, so I’m not worried if I had to stop in six months time now. If I get another injury, I’ll probably call it a day and I’d be fine with that now.”

Murray admits he would consider working in tennis when his career reaches a conclusion, as he looks forward to a life away from the court with his wife Kim and their three children.

“I would consider doing something in tennis when I’m finished playing, but the structure in my life doesn’t have to be just around that,” he added.

“Now that I have got rid of the pain that became the norm for me, more of my focus went towards my family. Dropping the children at school, picking them up and developing a great relationship with my second daughter that was improved because I was around a bit more.

“The nicest thing about the injury was spending a lot of time at home with the kids, so I will be doing a lot more of that when I stop playing.”

Andy Murray: Resurfacing will be released on Friday, November 29 on Amazon Prime Video.