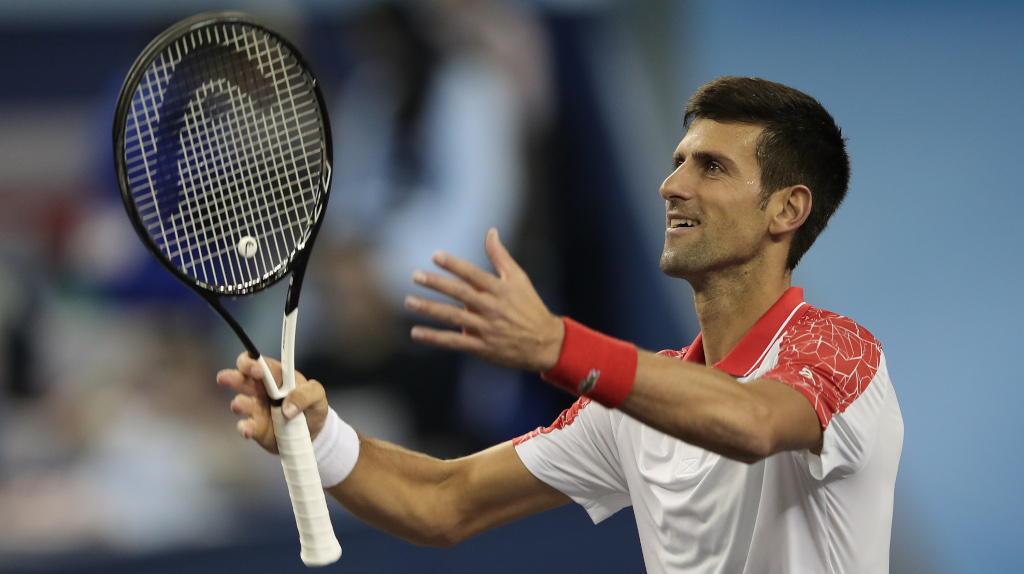 Novak Djokovic’s brilliant second half of the 2018 season continued as he brushed aside Alexander Zverev to reach the final of the Shanghai Masters.

The 14-time Grand Slam winner took his unbeaten streak to 17 matches as he secured a dominant 6-2, 6-1 victory over the German in just 61 minutes.

“I thought I was very solid and always made him play an extra shot from the back of the court and I tried to be as convenient, accurate, and efficient on my service games as possible,” he told Sky Sports after the match.

“I don’t have a 220 kph first serve like he does so I have to try to use precision more and try to open up the rally with easier first shots. It was part of the tactics, but obviously Alexander can play much better than he played tonight. He wasn’t moving that great and he was making a lot of unforced errors.”

Playing in his 1,000th career match, Djokovic broke twice in both sets to book his place in Sunday’s final where he will face either defending champion Roger Federer or Borna Coric.

The win also ensured that the Serb will move back up to No 2 when the new world rankings are released on Monday, replacing Federer irrespective of the outcome of the second semi-final, and improves his chances of finishing the year as the No 1.