Injured Dominic Thiem set for four-week spell on the sidelines 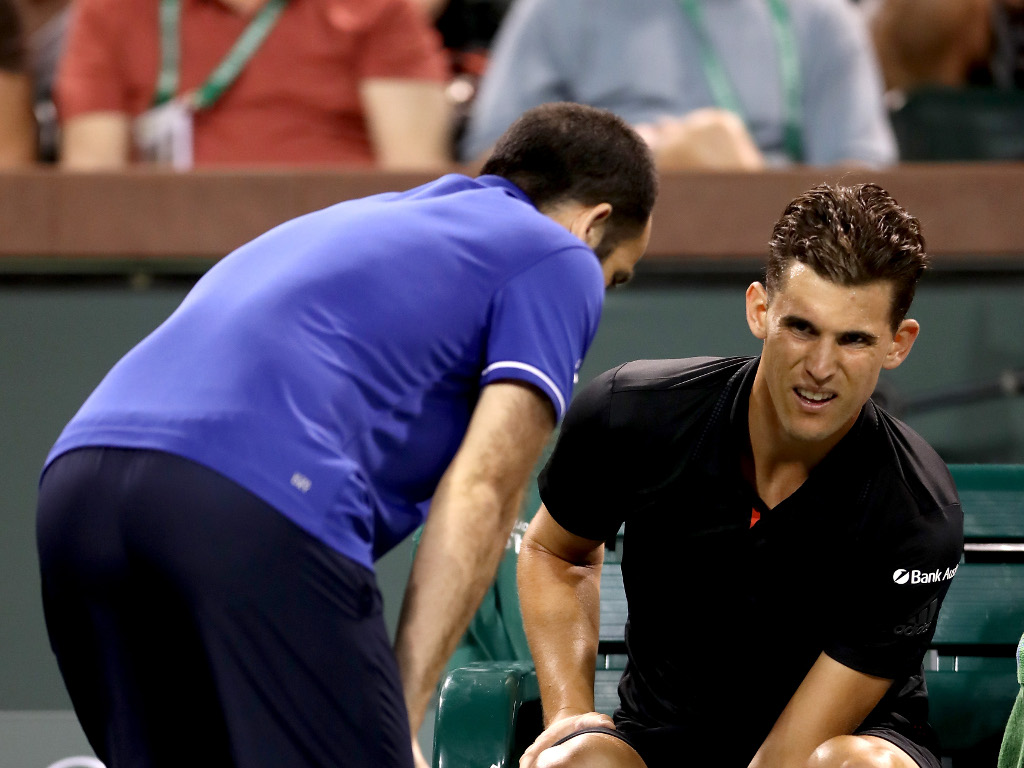 Dominic Thiem will miss up to four weeks of action after picking up an injury at Indian Wells.

The world No 6 was forced to retire with an ankle injury during his third-round match against Pablo Cuevas at the BNP Paribas Open.

He initially hoped to be fit for the Miami Open, which starts on March 20, but he has been forced to shelve those plans as he is expected to be out for three to four weeks due to a hairline fracture.

“I had hoped to play in Miami, but I cannot perform so this topic is off the table,” he told Austria’s Krone.at.

Besides the Miami Open, he is also expected to miss Austria’s Davis Cup tie against Russia at the start of April, while it will be to be touch and go for the Monte Carlo Masters, which kicks off on April 15.