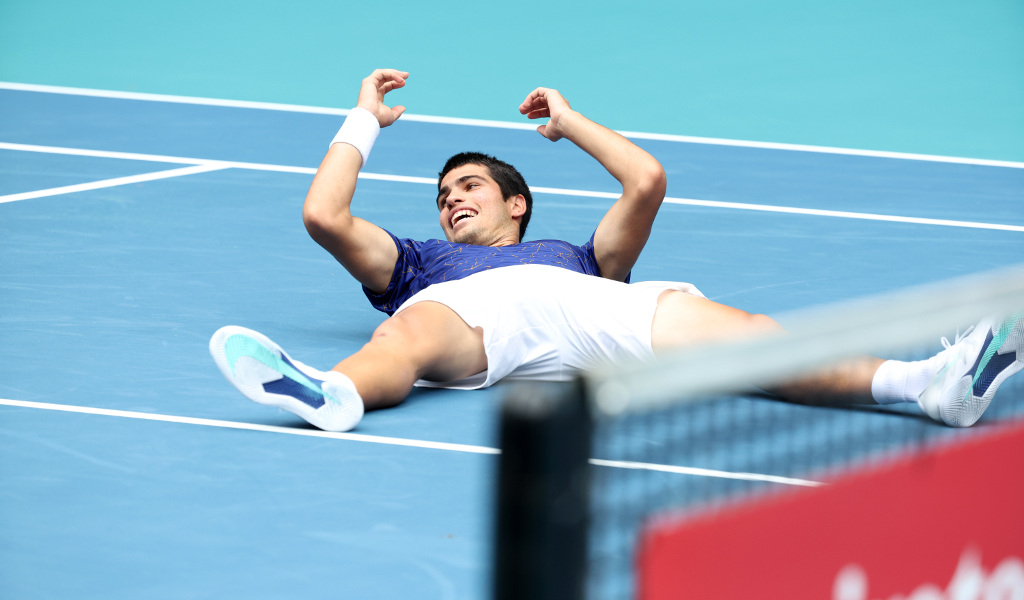 The 18-year-old wrote his name into the record books after he beat Caspar Ruud 7-5 6-4 in Sunday’s final, by becoming the youngest player to win there, an accolade Novak Djokovic previously held.

He is also the third-youngest ever to win a Masters 1000 title, after Michael Chang and Rafael Nadal, having won his first Masters 500 title win at the Rio Open in February.

Who is ‘new Rafael Nadal’ Carlos Alcaraz and how many Grand Slams will he win?

Already lauded by many as a future world number one, he spoke of some of his future targets following Sunday’s victory.

“I am achieving very difficult things like winning here at Miami and previously at Rio, two incredible tournaments where great players are also competing,” he told the media.

“The fact that I won them it gave me extra motivation. At the start of the year, I said I wanted to finish among the top 15 and now I am the world number 11.

The rise of Carlos Alcaraz 📈

Alcaraz’s best performance to date at a major was in last year’s US Open, where he had to retire hurt during his quarter-final clash against Felix Auger-Aliassime.

Alcaraz’s rise up the ranks has seen him being compared to Spanish compatriot Rafael Nadal, who he said has been a long-time rolemodel for him.

“I have always looked up to Rafa, I always watched his big moments and matches and learned a lot from that,” Alcaraz, who fell to the floor following his latest success, added.

“When I fell to the floor, all the times I have dreamed of this came to me.”